Helping Guide Your Suspension Tuner To A Better Setting 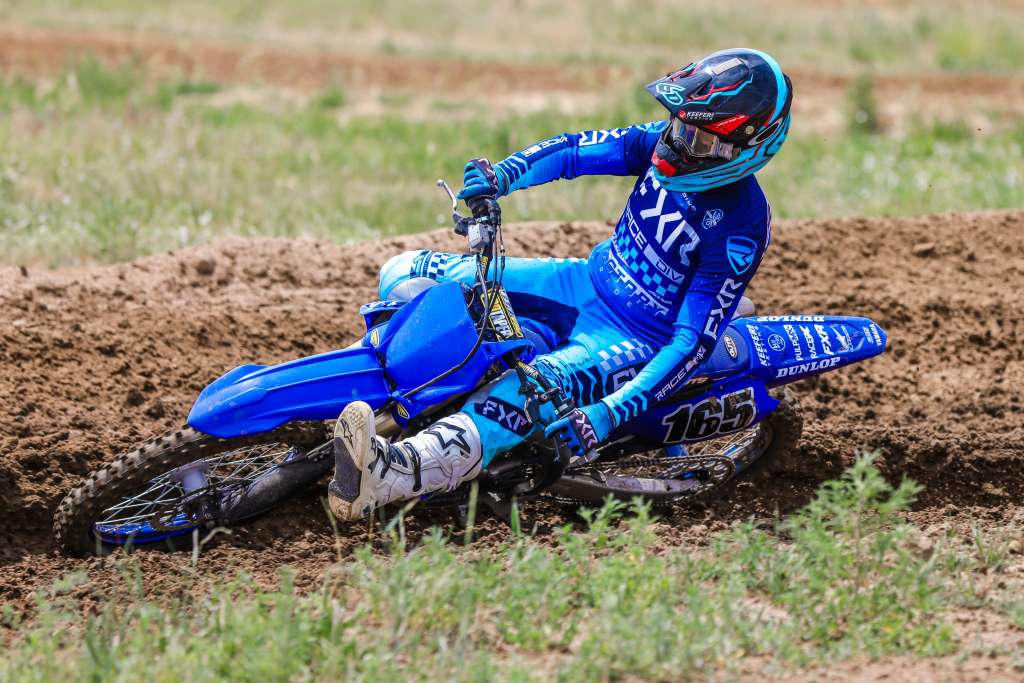 Pitching: This word is used when the rider lets off the throttle (de-cel) and the weight of the motorcycle (or heavy dirt conditions) forces the front end down. This usually happens when there is a lot of engine braking or the fork is too soft. The 2022 KX450 was notorious for having a lot of this pitching when coming into a corner. Pitching can upset the chassis balance and can cause some oversteer through area 1 and 2 of corners. Pitching can also mean that a certain bike can squat (shock) too much under throttle out of corners causing the bike to have too much movement fore and aft. Pitching can make the machine seem unstable and cause the rider to not set up properly for corners.

How to explain to suspension tuner to solve problem: Looking for a heavier spring rate set up or more low speed damping can help the fork from diving off throttle.

How to explain to suspension tuner to solve problem: You first must make the decision on if your suspension is stiff or soft. If the fork is soft asking for a spring change and low speed damping as well as maybe less rebound damping could help front end diving. If your shock is getting too low, you can look at your spring rate or high speed compression damping.

Plush: I have never been a huge fan of this term, but the word plush means soft or supple feeling. If I hit something at speed most riders want their bike to feel plush and not harsh. However be careful when using this term to suspension techs as they may want to set your suspension up too soft. Plush can also mean the same with frame feel. For example, the KX450 has a plusher feeling to its frame than the of the Honda CRF450R. I like to use the term “bump absorption” more than the word plush. When the Kawasaki KX450 hits a certain square edge at speed, it has a better bump absorption feel than the Honda CRF450R. Off-road riders look for that plush feeling because they have less jumps to deal with and can hit roots/bumps more than a moto rider. A softer compression setting or a faster rebound setting usually leads to a plusher feel.

How to explain to suspension tuner to solve problem: Lowering air pressure sometimes helps the crust soften on air forks or asking for less low speed damping near the top of the stroke can sometimes help. Also, lowering fork oil level will help at time.

Empty: This term can be used when talking about engine character or suspension feel. When talking suspension, empty usually means that you need some more damping feeling somewhere in (through) the stroke. If you say “I feel like my end stroke is empty”, it means that it blows through the end of the travel or simply doesn’t have any damping feel near the end of the fork/shock’s travel.

How to explain to suspension tuner to solve problem: Depending on where the “empty” feeling is  will depend where you ask for more low speed damping and/or more rebound damping. Usually a lighter spring will not give you an empty feel. Too light of a spring will most likely give you a fork that is quick and bottoms, but not an empty (free feeling).

Rigidity Balance: Rigidity balance is an important term when testing any chassis. If the bike has a firm feel and its rigidity balance (in the chassis) is too firm it could mean that it corners excellent, but feels very harsh and has some deflection on rough/fast straights. If the rigidity balance is too soft the bike can have a wallow feeling when under throttle as well as give the rider less confidence on braking bumps because of its unpredictable feel. Also, being that the rigidity balance is too soft, the machine can also feel like it has less lean angle traction when on the edges of the tires (*hinged feel). Rigidity balance is something that every manufacturer works a lot on when developing their machine. A bike has to corner with precision, but also have enough comfort in order to have good bump absorption and feel when. the track or terrain gets rough. A machine that has great rigidity balance feel is a Kawasaki KX450 because it turns decent and can hit bumps at speed with a consistent feel as well as great tire contact patch.

Performance: Performance is a word we use in the testing world when a rider is looking to ride at a higher level (push, ride faster) as well as be able to push the motorcycle without having it be too soft or divvy. Getting a chassis or suspension package to have better performance is basically letting the tuner know you understand that you’ll sacrifice some comfort, in order to get a machine that you can slam into obstacles harder without getting suspension that blows through. Usually riders that are faster or heavier want a more performance based setting so they can hit jumps as well as bumps at a faster rate.

How to explain to suspension tuner to solve problem: Letting the tuner know that you would like to have a stiffer setting because you feel like you need more hold up will most likely get you more low speed/mid speed damping or the company may go with a heavier spring set up.

Comfort: A comfort setting is something most vet riders want so they don’t feel every little bump on the track and an last more than two laps (hard to do when you’re a blue collar vet rider). A comfort setting usually involves a softer setting that moves more in the stroke, provides plushness, but also has enough damping in order to keep the suspension from bottoming out when hitting bigger jumps or larger bumps at speed. The 2022 YZ450F’s suspension package is a great example of blending both performance and comfort together (especially the stock EU spec set of suspension).

Blowing Through: This usually happens when hitting bumps/jumps hard and the suspension just dives without much damping force feel. If your suspension feels like it’s blowing through then you need to try and get a stiffer setting through clickers or internally with valving (low speed damping most of the time).

How to explain to suspension tuner to solve problem: At times simply adding more oil to your fork will help with the blowing through but you will sacrifice a little initial/mid stroke comfort. Your tuner will decide will you need more damping on your valving stack or possibly going stiffer on a pressure spring. 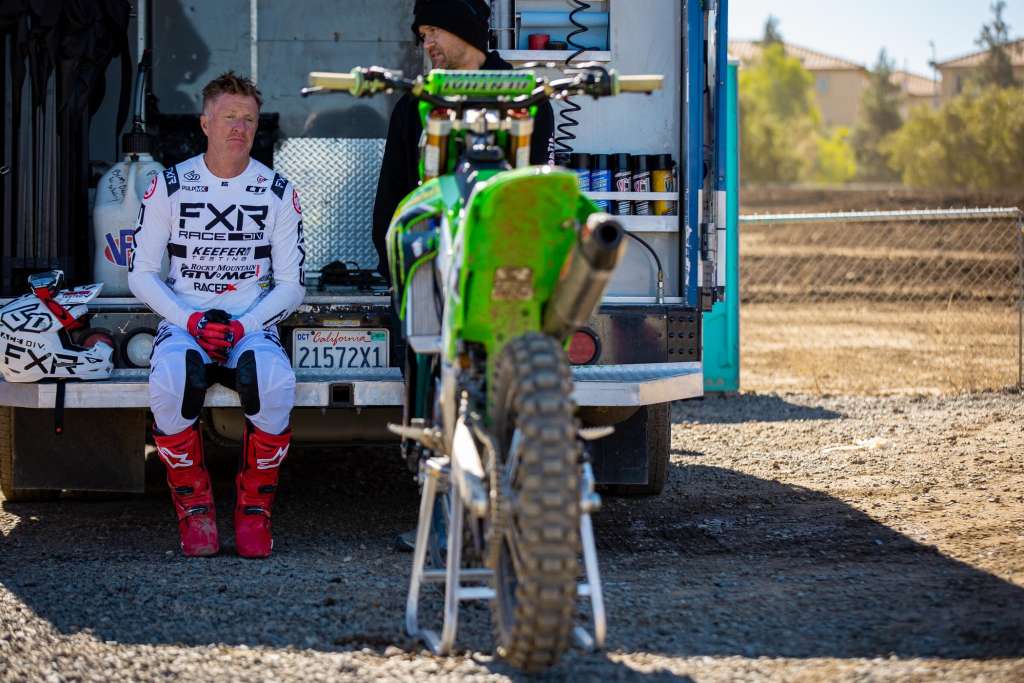 Vague: Vague is usually a term used by describing front wheel traction. Front wheel lean angle traction can feel vague when the fork setting is too stiff, have the wrong offset triple clamps, or if you have the wrong compound front tire or too high of a psi setting. A vague feel means that you will be washing your front tire out under lean angle and the bike may have less of a contact patch. Running too much air in your tire can also give you a vague feel. You can also have a vague front tire/wheel feel because you have a sag setting that is too low.

Damping Feel: Damping feel or force is the feeling of the suspension when moving down. Damping feel is used when explaining to tuners that you either have a soft feeling and need more of a stiffer setting. Damping feel can also be helpful/used when asked if the action of the suspension is too fast or too slow. If you have a damping feel that is too stiff could mean that your fork can feel harsh or that you fork moves a little in the stroke then hits a “stiff point” (damping feel) in its travel.

Deflection: Deflection happens when either a suspension setting is too stiff or a chassis setting is too rigid. Deflection happens when your front or rear end hits a bump/square edge and your bike simply doesn’t absorb it (or go straight). It’s like a pinball bouncing around from some side to side and can cause you to roll the throttle off in a hurry. Deflection also causes you to have less contact patch and makes the bike feel less planted. Going to a softer setting with the suspension or chassis usually alleviates some of this feeling. Deflection usually goes hand in hand with a loss of tire “contact patch” feeling.

How to explain to suspension tuner in order to solve problem: Going faster on rebound can help deflection or possibly softening the compression in either the fork or shock can help with deflection.

Contact Patch: Contact patch is a feeling of how much tire is felt underneath you (or the feeling of the knobbies digging into the ground). Contact patch can be increased by running less air pressure in your tires, running a softer suspension setting, chassis setting and/or increasing/decreasing offset. I like using this term a lot with my evaluations or with tuners because without the feeling of a wide contact patch, it will feel like you are running bicycle tires on your dirt bike. Having a wide contact patch feel gives you more confidence to roll the throttle on sooner when exiting corners.