As my time with the 2018 Yamaha YZ250F comes to an end, I make no bones about it being my favorite 250F of all the 2018 models. Kris gave me this bike as my long term moto test bike, and in doing so has forced me to branch off from my off-road roots more than I have in the past. I’m sure it helps that I was somewhat familiar with the bike since I also love the Yamaha YZ250FX, but nevertheless Yamaha has made an outstanding machine. As previously stated I used this bike 95% of the time for moto, whether it be for racing, or just motoing down riding countless laps at Sunrise (Keefer’s favorite local track). Kris forced me to take inside lines, jump things I was scared of and ride 20 minute moto after 20 minute moto. In the 30+ hours I put on the Yamaha I never had to replace anything other than regular maintenance items. 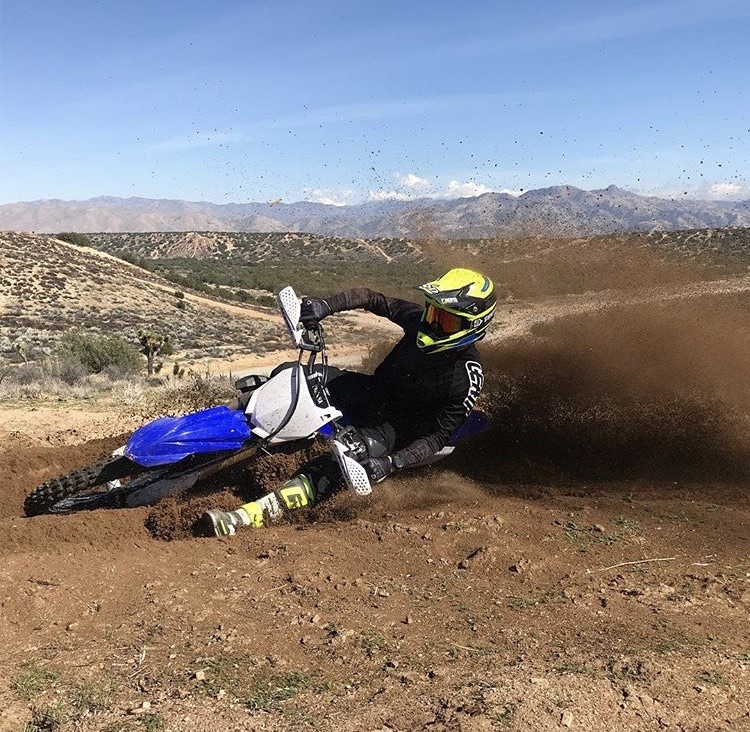 The 2018 YZ250F is like most current model motocross bikes, if you take care of them they will take care of you. I made sure to keep up on oil changes, air filter cleanings, chain tensioning and what do you know, I never had a bike failure. There are only a few items that wore out and needed changing to make sure the bike stayed in good running order, grips, a fork seal, a clutch, and a chain. The grips just plain wore through, the chain didn’t fail but just got clapped out, the clutch started to slightly slip when the engine was under a heavy load and the fork seal most likely got cut by roost. I am a working class guy that has to pay for his own parts (outside of Keefer Inc. Testing duties) so I can appreciate the durability of this machine. I was impressed that this bike could be ridden hard for months and the maintenance would have only cost $386.00.

After around 20 hours the stock exhaust did get noticeably louder and a bit annoying which I’m sure is normal since I’d be willing to bet there wasn’t much packing left. The suspension started to feel a bit soft and lacked dampening as the stock oil broke down, which was changed when the seals were replaced. One thing I wish this bike came with was a skid plate or glide plate (no not some ridiculous off-road one). After a long day of doing motos, it’s a pain to wash all the baked mud off the bottom of the engine.

I have to admit I’m a bit sad to see this bike go (maybe not as sad as Keefer was with the YZ450F) because it has helped me grow as a rider and has never let me down. I raced it at REM events, TWMX races placing 1st and 2nd and also did three days of seemingly endless tire testing. The 2019 models have recently been unveiled and from what it looks like the new bike received the same changes the YZ450F received in 2018, which should make the new 2019 YZ250F even better. I look forward to the 2019 (and Keefer) teaching me how to become more of a moto guy thus helping me progress as a rider and tester. But hell I guess until then it’s back to the trails I go while I still have the 2018 YZ450FX. -Michael Allen