For 2019 Christmas morning came on July 24th. Why? Today I got to ride in the new FLY Racing 2020 line of gear and for those of you that know, this is a very big deal to me. FLY Racing has been putting on a “Summer Camp” to showcase their new 2020 racewear that will be available on August 1st. Fly Racing has been a huge supporter of the Pulp MX Show and The Keefer Tested Podcast and they kindly inited us to Boise, Idaho once again to try the new threads and also do fun other activities like white water rafting as well as some trail riding with Damon “Freakin” Bradshaw! 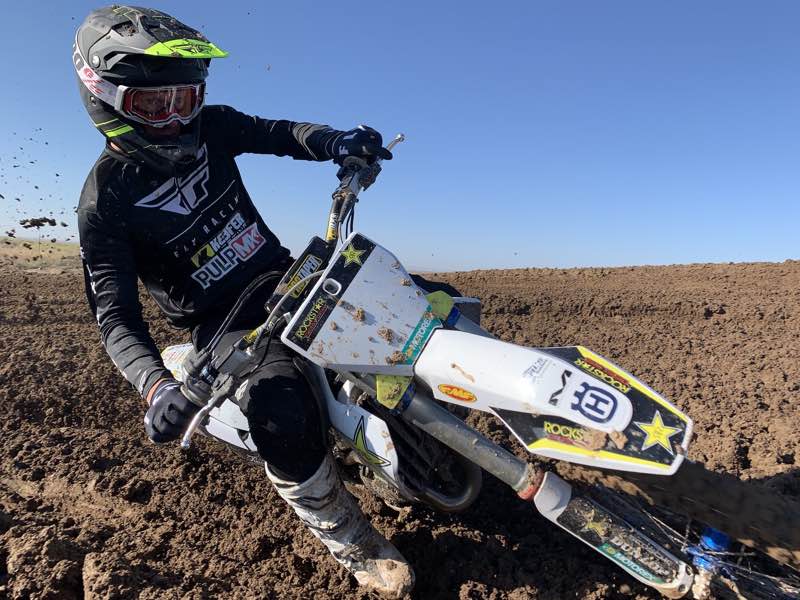 Summer Camp kicked off on Tuesday night where FLY catered a dinner on the rooftop of a place called Jack’s Urban Meeting Place (JUMP) where we go to see the new line of FLY gear for the very first time. Riders like Andrew Short, Weston Peick, Damon Bradshaw and a host of media outlets were on hand to enjoy the festivities. The JUMP venue had a long slide that winded down five stories, but with dirt bikers that meant one thing… Who could get down the fastest. Racers will be racers. Slide times (AKA lap times) were on tap to see who could get down the quickest and most took the competition serious. I never did get the final results, but you can almost guarantee some sort of racing will find its way in the mix if there is enough downtime. Dinner, drinks, slides, desserts, and slide times go hand in hand. 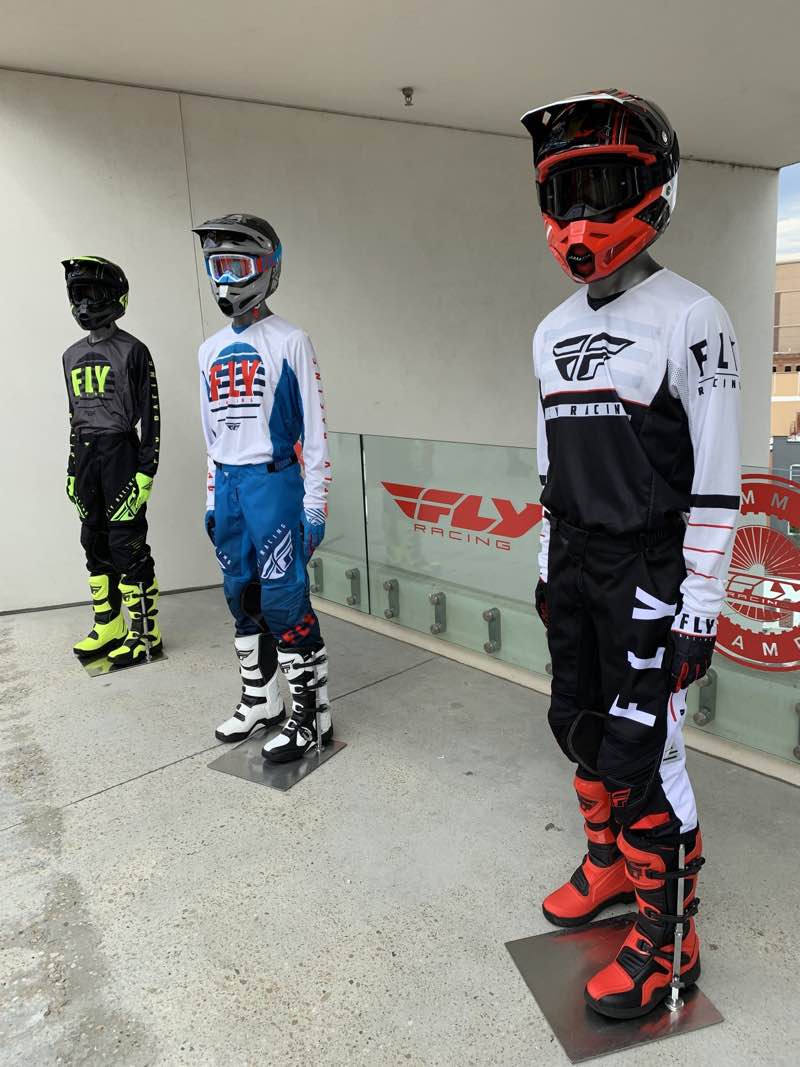 Wednesday was designated the moto day as we got to spin some laps in the new gear at a facility called Skyline MX Park. When I pulled up to the facility it reminded me of a track that was on the Canadian Nationals for a while called Regina. It was muddy in the morning, turned tacky for a while, then went into straight hard pack mode in the the afternoon. FLY left gear bags full of new 2020 gear lined up for us media dorks plus had a fleet of motorcycles for us to ride. I am usually not a an all black kind of gear guy, but to my surprise, the all black/white/hi vis set of Lite Hydrogen that FLY put out for 2020 is sexy. Can I say sexy? Well I just did because I looked damn good and I felt damn good wearing the new colorway. I haven’t spent a ton of time on the new FLY Formula helmet as of late, but after wearing it again (on this day) it made me realize how comfortable this helmet really is. It is super light weight, ventilates well, has a very plush liner/cheek pad feel, plus the looks are starting to grow on me. I mean let’s be real here… This set of gear that I had on today, along with the Husqvarna Rockstar Edition I was riding could have won some Best Dressed and Lit Kit awards. No lie… The BOA reel is Zach Osborne’s favorite thing in his life next to his family (just listen to his podcast) and the Lite Hydrogen along with the EVO line has the BOA incorporated into the pant. It works and I am huge fan of it as well. Maybe not as much as Zach, but it’s pretty damn good! 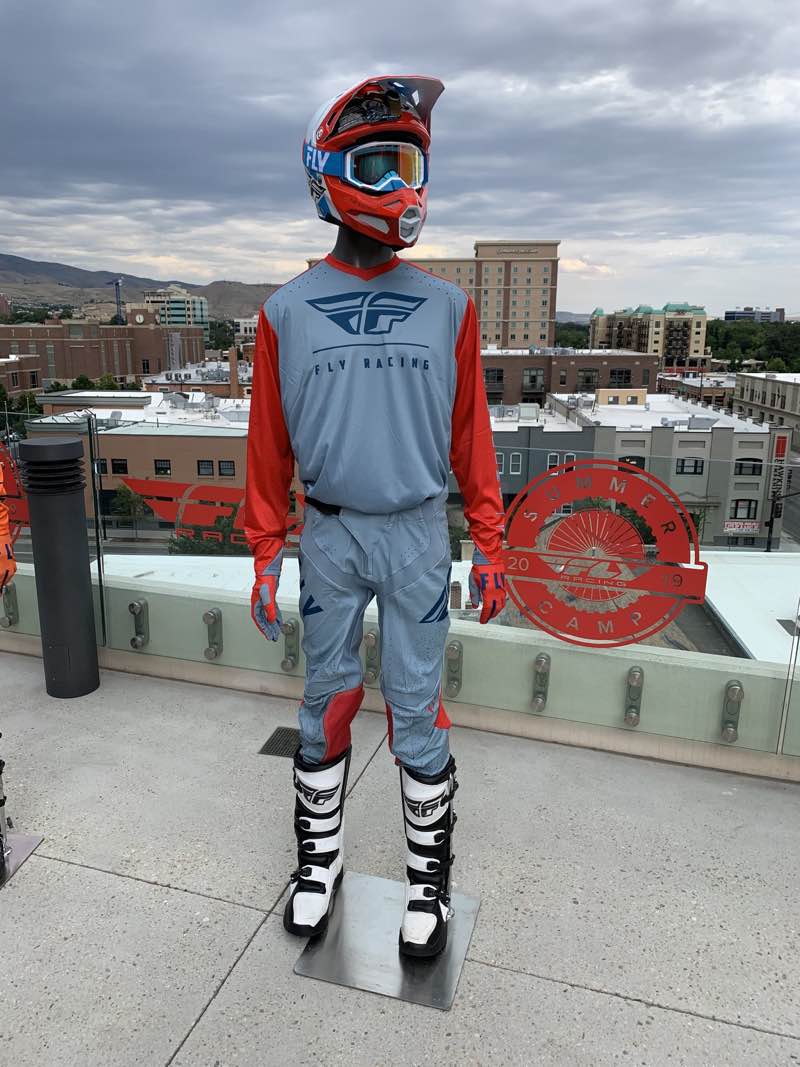 The FLY gear line will be available to the public on August 1st and even though they didn’t come out with an all white set of gear for 2020, I will have to say they did a damn good job with all the lines this year. The Kinetic line has a very clean blue and white set that I will be wearing for the 2020 YZ450F intro and the EVO DST line has a camo green that I am all in on with the KX250! None of the 2020 fit has changed, so if you have heard me talking about how well the gear fits on my podcast then you can guarantee the 2020 gear will be just as good. From big guys to D&R dudes, FLY Racing has a fit you will like! Trust me. 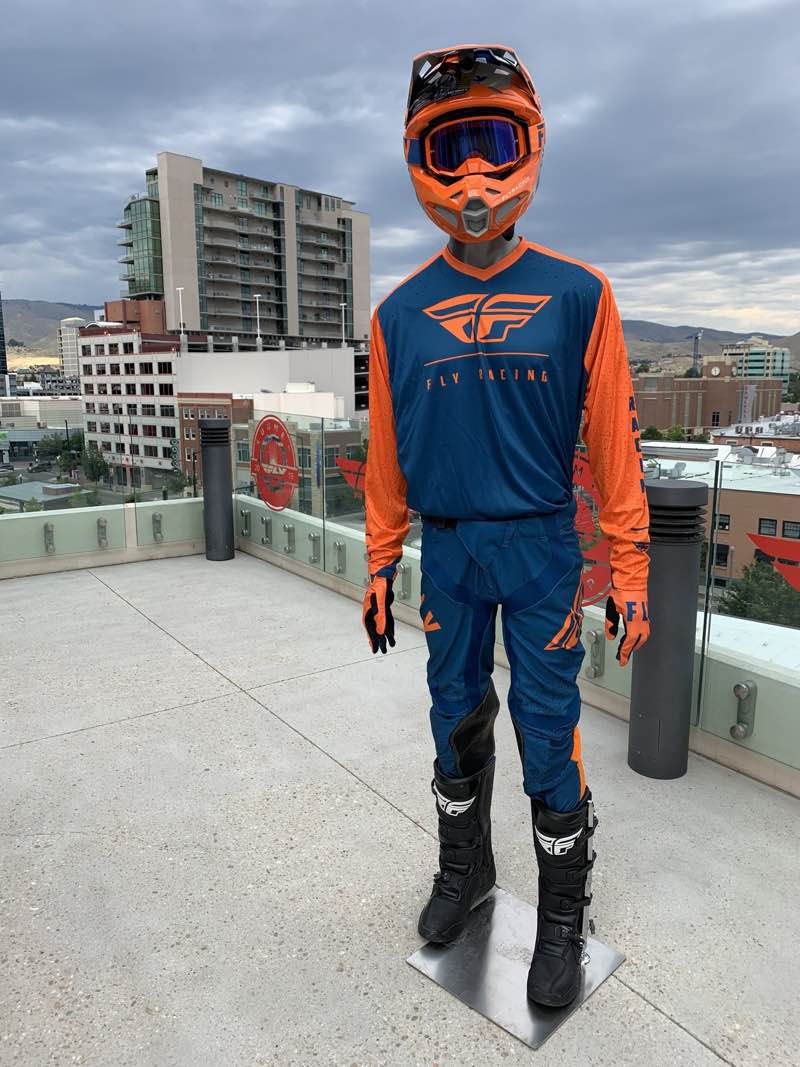 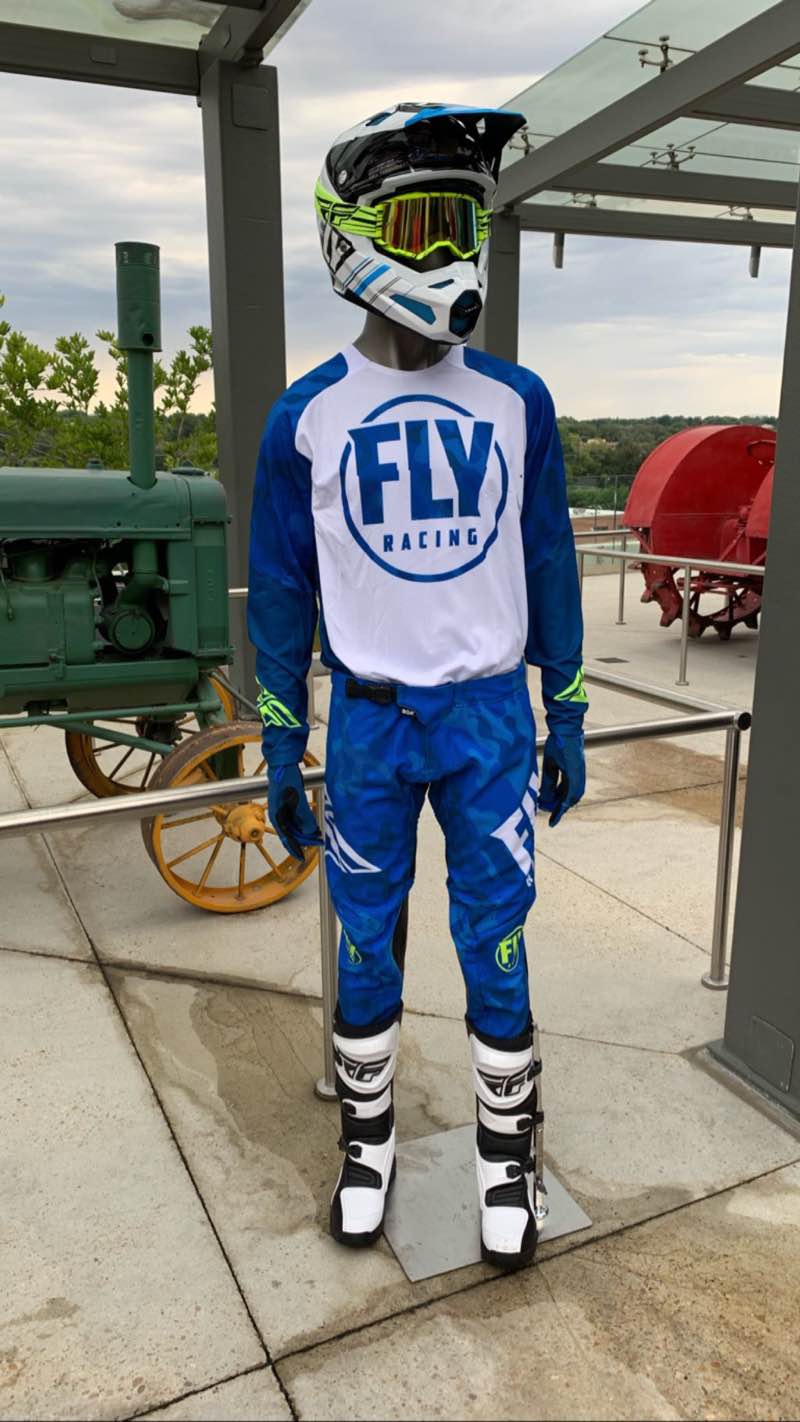 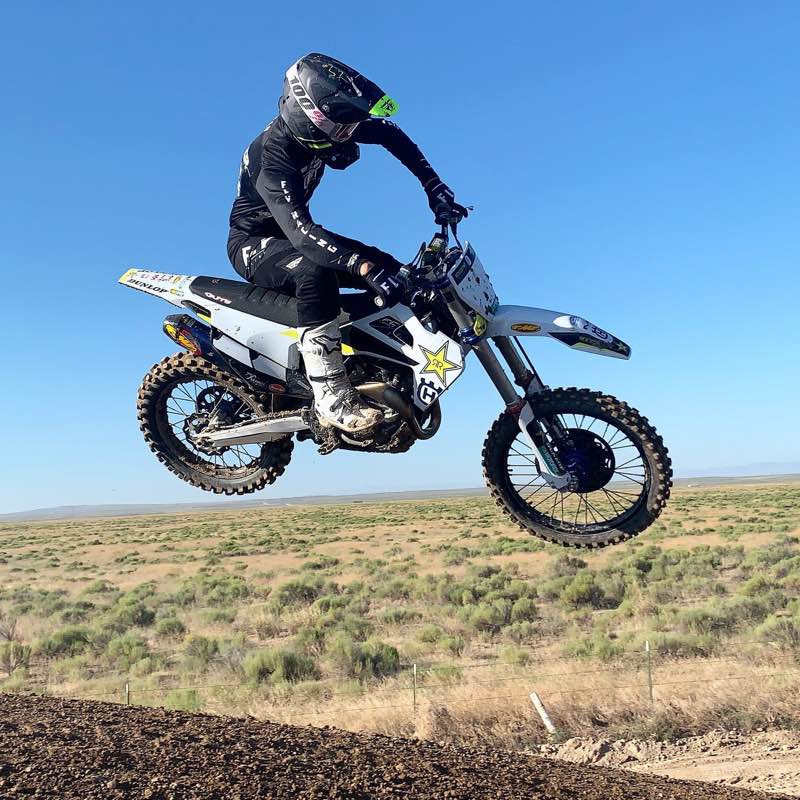 Another bad ass thing that I witnessed was Damon “Freakin” Bradshaw wringing the shit out of his Gas Gas 250 two-stroke on the MX track. I usually pride myself on riding the most when we go to these type of events, but Damon had me handled by far. The dude absolutely hauls ass still, but more importantly, doesn’t look like an old man doing it! He is smooth and moves around on the bike well. Weston Peick and Bradshaw were ripping around on the track at the end of the day and Bradshaw wasn’t making it easy on Peick, let me tell you. This sparked up a debate with Matthes and I on what 90’s rider would be the fastest today if those riders were all on the same bike? Riders like Bradshaw, Dubach, Ward, Lechien, and Matasevich, RJ. Who would be the best? My money was on Dubach the night before, but that was before I saw Bradshaw ride the day after! Holy crap! The dude rails and still has that pissed off mentality when he rides! I Iove it! Off the track the guy is just chill and the most down to earth, mellow person I know.

Tomorrow we head out to go white water rafting so say a prayer for me! Hope to see you guys in Washougal for the debut of the gear! 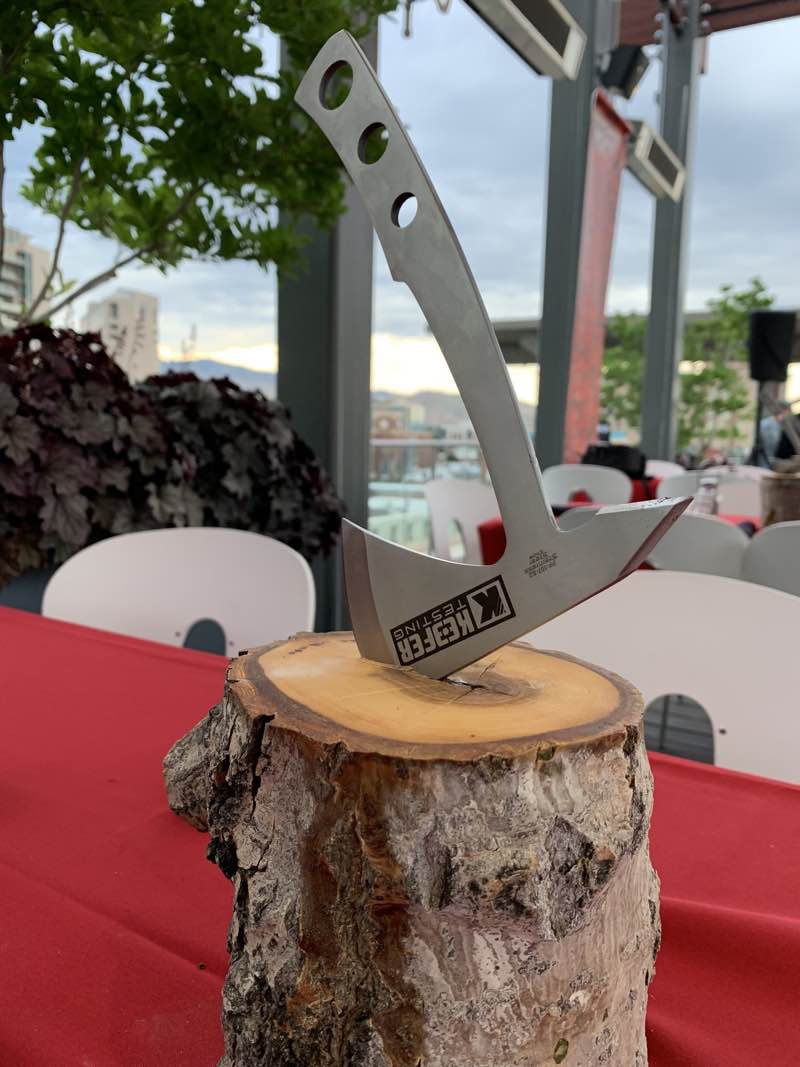