For over 10 years the YZ125 engine has remained the same. At one time it was the best 125cc engine around, but in recent years that award has gone to KTM/Husqvarna. KTM and Husqvarna’s latest 125cc engines have a wider powerband and is simply more exciting everywhere on the track. Compared to the KTM and Husqvarna the YZ125 lacks bottom to midrange. The rider has to fan the clutch more to remain in the meat of the power curve, which can make a rider more tired in race conditions. I know it’s a 125, but compared to the other two models, it’s just more work. However, once I put my 14 year old son on the YZ125 he mysteriously had faster lap times compared to his KTM 125 SX. How can this be? The reason is “I think” he can corner better because of the KYB suspension and the fact that the YZ125 isn’t that “barky” off the bottom end helps him carry more speed. At least this is my theory. This is his first year on 125’s and he doesn’t need a rocket ship quite yet because his arms look like spaghetti strings and his legs remind me of a long bird. There’s just not a lot there yet! He’s all D&R! 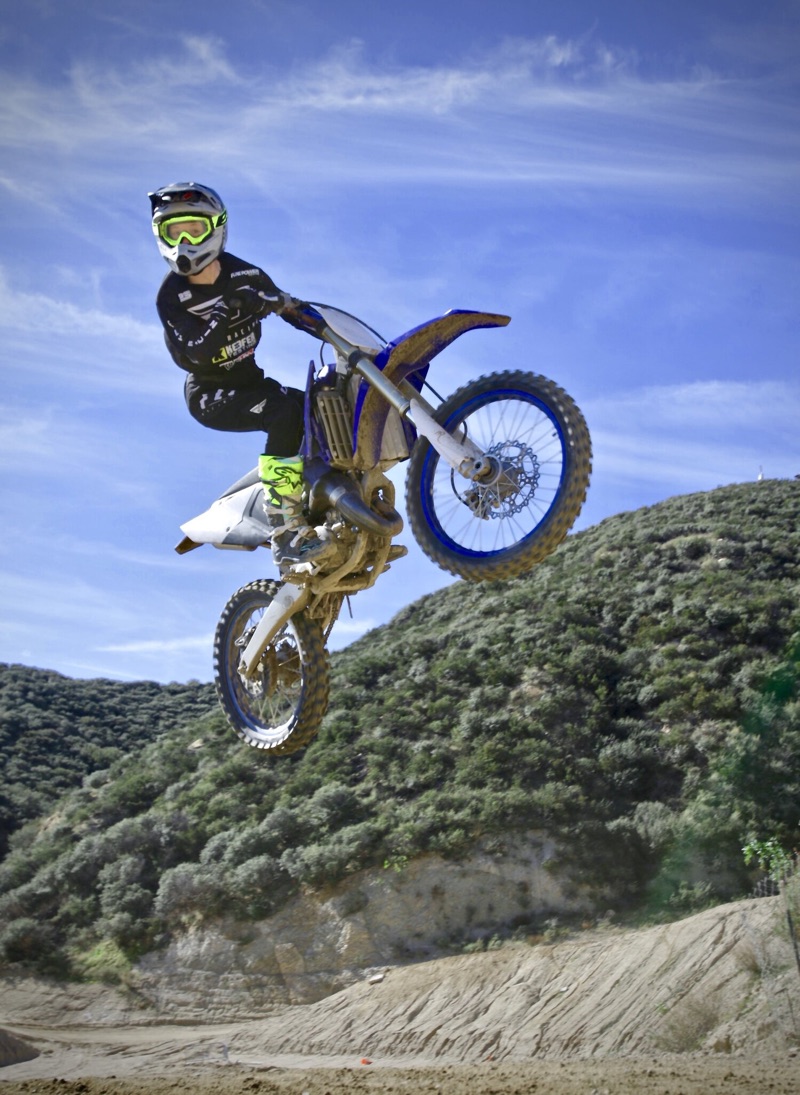 To allow him to compete with the other kids his age on the other two colors, he does need a little bit more down low, in order to get out of the gate better. One of the best performance upgrades you can buy for a YZ125 is a good-performing aftermarket pipe/silencer. Exhaust pipes are relatively inexpensive and they do not directly affect the durability of the machine. I tested the FMF Factory Fatty Pipe/Shorty silencer as well as the Pro Circuit Works Pipe/R-304 Silencer combos to see how they compared to one another. I then let Aden chime in on what he feels was better for him. Editors Note: (Aden’s opinion was given to me before this article was written)

FMF Factory Fatty/Shorty Silencer (Kris’s Breakdown): The FMF pipe/silencer combo adds a little more pulling power out of corners over stock, while the mid range on the FMF pulls slightly longer than stock and climbs farther through the top end. The FMF set up doesn’t provide more over-rev over stock, but you will notice a healthier second and third gear pull down the straights. The YZ125 runs much cleaner with the FMF pipe/silencer (compared to stock) and looks stealthy as the silencer is hidden behind the number plate. I like that the FMF pipe comes with o-rings already installed and is ready to put on. The faster the track, the more this combination shined.

Pro Circuit Works Pipe/R-304 Silencer (Kris’s Breakdown): The Pro Circuit Works Pipe and R-304 silencer has a deeper sound than the FMF/stock system and gives the YZ125 more bottom end than the FMF. The PC pipe/silencer has increased pulling power out of corners (mid-range) and just feels like it’s more torquey. When rolling the throttle on you’re able just to feel more meat as you’re able to shift the YZ125 a little sooner. The top end signs off a little earlier than the FMF, but the Pro Circuit allows the rider to have more freedom with his/her riding without having to cover the clutch as much.

Aden’s Opinion: “In my opinion I think that the the Pro Circuit pipe works better for me because it’s more aggressive coming out of corners than the FMF pipe. Do not get me wrong, the FMF pipe is a really good pipe & silencer, but I like the Pro circuit pipe, because it fits my riding style better. For example, my dad tells me I’m more of a 4 stroke kinda guy, I guess because I lug the bike a lot and the Pro circuit pipe has more bottom end, when I fan the clutch coming out of corners. In my dad’s world he calls that “recovery time”, I know this because I hear him say it all the time on the phone. The FMF pipe & silencer takes a little longer for the aggressiveness to hit when I am coming out of corners. Both pipes are better than the ugly looking stock stuff, but to me I prefer the Pro Circuit by a nose”. -Aden Keefer

Conclusion: Both companies provide a better product than stock. I did raise the needle clip up to the second position (from third) before we started testing and that proved to be the best overall jetting from sea level to 3500ft. We think both companies have a purpose and have areas where their the strongest. If you are riding GP’s or faster type of tracks the FMF system works well because it allows the YZ125 to pull longer on top end. If you are riding tighter tracks or have a child coming off of an 85, the Pro Circuit system could help give him/her more recovery time when they make mistakes (and they will make mistakes).

If you have any questions about this test, feel free to email me at kris@keeferinctesting.com.