On My Own Dime (High Roller Tie Downs)

If you’ve ridden dirt bikes for any amount of time, I’d be willing to bet you own or have owned a certain item that you’ve guarded with your life. While some of you may be thinking about a bike you loved, comfortable boots, or that rad custom painted helmet you had personalized. While all those may have sentimental value, I’m talking about something that you’re far more territorial over…. You’re favorite pair of tie downs. No, not the ones you tie your buddy’s bike down with, or the pair that you give to the neighbor when he borrows your truck to get a new refrigerator (why doesn’t he have a truck anyway?). I’m referring to the one and only pair that you use on your current bike, and have more than likely been used on the last few bikes you have owned. They may be old and look a little ragged, hell if you’re like me you have other brand-new ones that stay hung up in the garage, but that doesn’t matter to you, because your favorite tie downs aren’t worn out, they’re worn in. 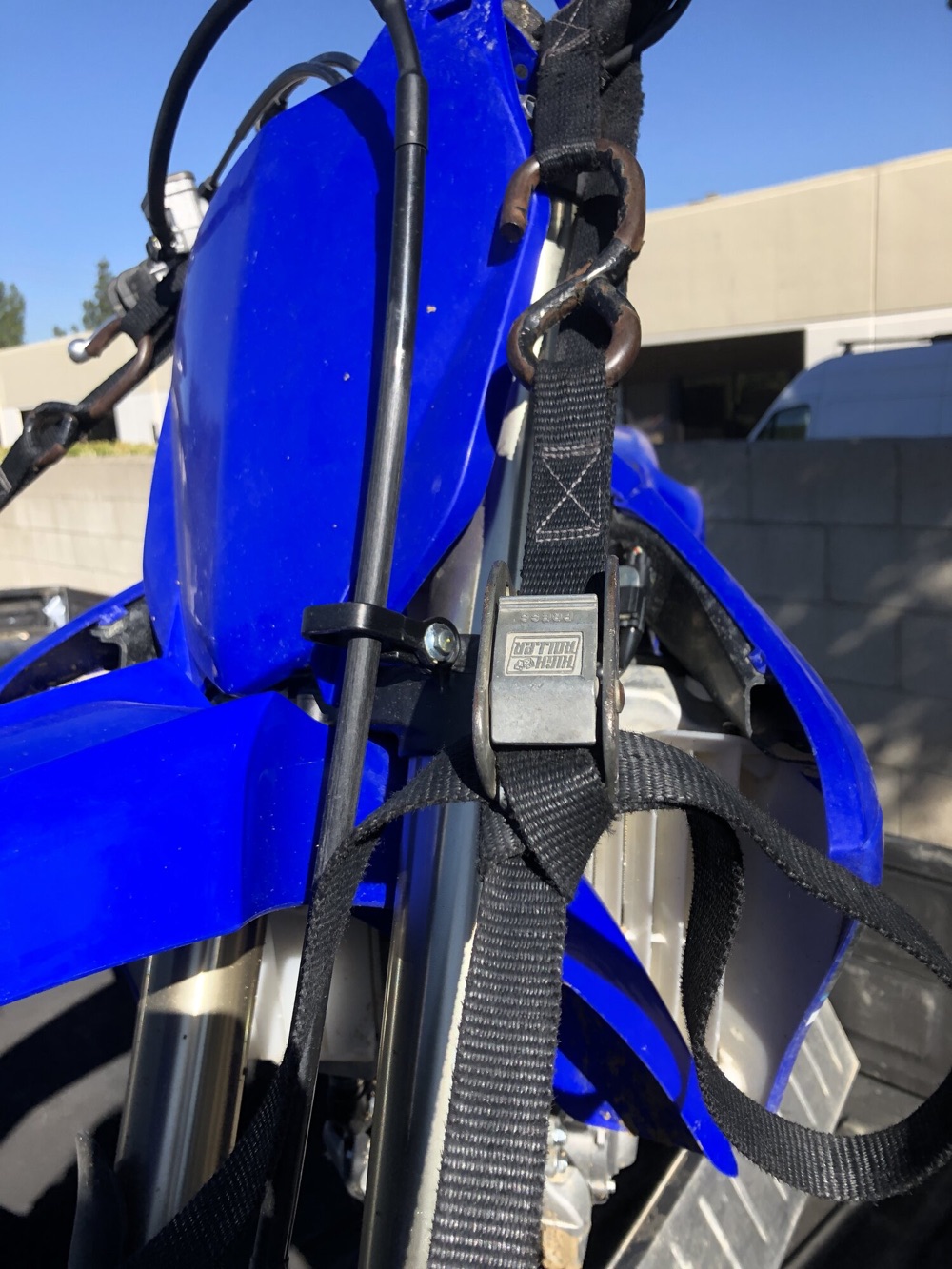 My feelings toward tie downs started at a young-ish age, probably around the time my dad started having my brother and I load up the truck before heading to the desert for the weekend. I remember my dad getting irritated with my brother and if we used his favorite tie downs on our bikes, in the back of the same damn truck! I didn’t get it! Turning 16 only made it worse because I was given the freedom to load up my shitty Mazda pickup and head out to the trails with friends. It also gave me the freedom to use whatever tie downs that were hanging in the garage. I’m sure you can see where this is going in that I would constantly use my dad’s favorite pair of red Ancra tie downs. It eventually got to the point where my dad said “thanks for destroying my favorite tie downs, they’re yours now, I bought a new pair which have my name on them, and will be kept in the safe!” (he wasn’t kidding). After those wore out It took a few years until I had a favorite pair of my own, but one Christmas my employer gave me a gift that I would guard with my life for the next 10 years; a set of black High Roller Stay Lock (cam lock) tie downs.

Admittedly the name of the company is pretty lame, and the logo looks like a spin-off of a 1998 LBZ add, but that doesn’t change the fact that they sell a great tie down. Although technically they weren’t bought on my own dime, I did later buy a set to give to my dad as a sort of apology for waging psychological tie down warfare on him throughout my teenage years. The high roller tie downs aren’t anything fancy, nor do they have wazoo features that sometimes complicate the basic functions of a tie down. For starters, I like the material that’s used; although narrower than most current day straps, they use a thicker material that seems more resistant to tearing or fraying than the wider thinner material most new straps use. The top end of the tie down uses a traditional S-hook, but also has a built-in soft strap and since it’s narrow it doesn’t need a lot of real estate on the bars if the soft strap is used.

The lower part of the tie down uses a carabiner which is nice because its super annoying when your tie down unhooks from the bed, while you’re trying to load your bike and you have to bend over to re attach it. That being said, I would like to see a 360° swivel on the carabiner side, so the strap would never get twisted.  Like I said, I have literally used these for 10 years without any major malfunctions. The only things that aren’t perfect are the S-hooks where the rubber coating has worn through. Since these tie downs as a whole are still in great shape, I’ll continue to use them as long as they work properly. So do yourself a favor, stop stealing your dad’s tie downs and get yourself a favorite pair of straps that last! If you have any questions about these tie downs feel free to reach out to me at Michael@keeferinctesting.com.