With every action there is a reaction right? This is no different when it comes to dirt bikes and the mechanics of each change/adjustment. Since suspension is always a hot topic with motocross machines, I thought why not give you guys some insight on what each change point/adjustment available to you is on the shock, as well as what it can do out on the track (good or bad). The action of one change can have reaction on the opposite end of the machine as well, not just the focused area. Here is a breakdown of action and reaction, shock edition. If you’re looking for the “fork” portion of this article, check it out here: https://www.keeferinctesting.com/offroad-testing/2021/6/22/action-and-reaction-fork 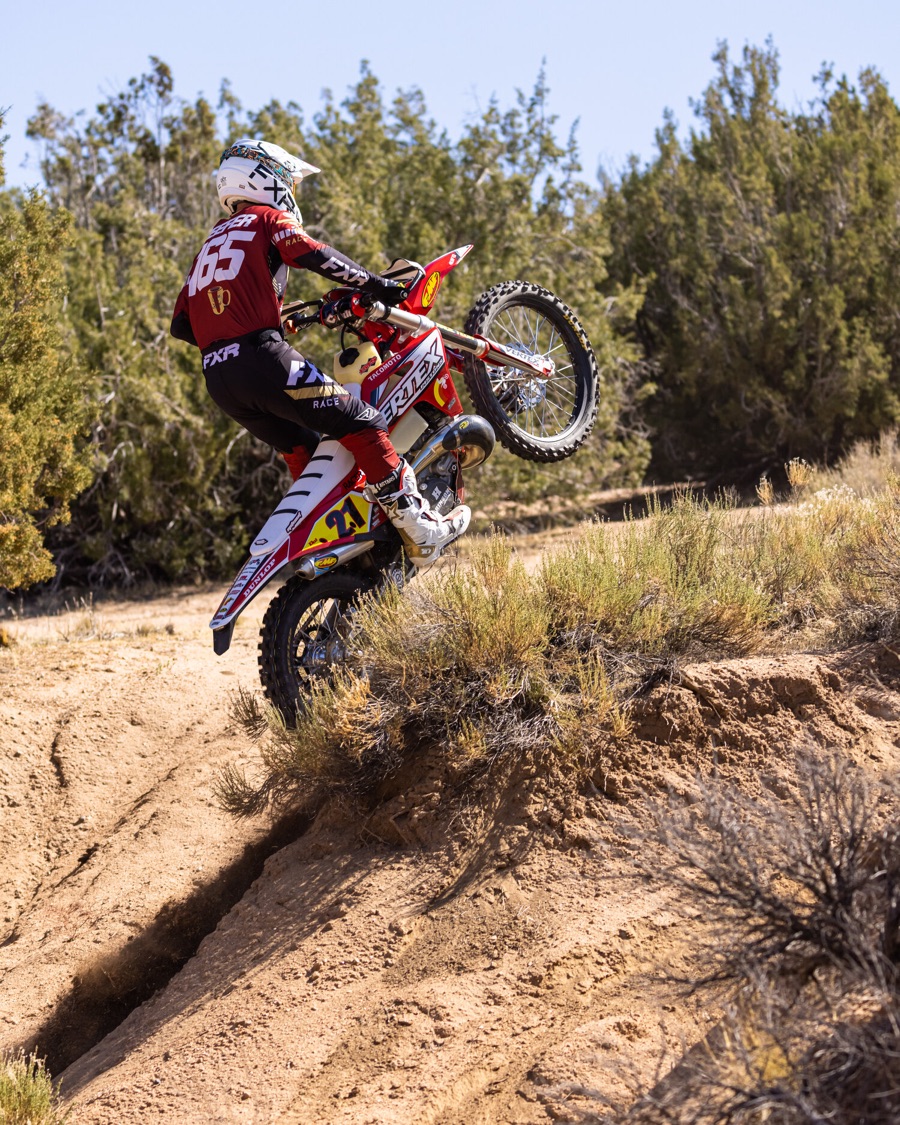 Action/Stiffer: Stiffening the LSC can allow your bike’s ride attitude to be flatter with less pitching on/off throttle, can help with wallow feeling through rollers, can help keep rear end down on initial bump impact, bump absorption can improve if shock is riding too low in the stroke, give the rider a firmer feel to allow them to ride more aggressively (more performance).

Reaction/Stiffer: Going too stiff can cause harshness or a too firm feel when hitting bumps, can cause deflection when shock is light in its stroke (off throttle situations), can cause less rear wheel traction (especially on lean angle), can give rider a less plush feel on bump impact, less movement in rear end which can give a rigid feel through seat, can overpower fork and allow bike to be front end heavy down hills.

Action/Softer: Softening the LSC can increase plushness, allow the shock to move further down in the stroke under load or increase comfort on initial bump impact, make the action of the stroke faster, can increase rear wheel traction (especially on lean angle), give a more supple feel through the seat when accelerating out of choppy corners.

Reaction/Softer: Allow the shock to go through stroke too much (low rear feel), which can create a fast moving rear end feel, less damping feel on bump impact, create a low rear end feel that allows the rear end to kick you on braking bumps (which can make transfer of weight to front end, too abrupt off throttle), oversteering through area 2 of corners because rear end unloads to fast on de-cel which causes front end to knife, make fork feel too high on throttle, which can make fork deflect, causes shock tp bottoming more than 2-3 times per lap.

High Speed Compression: High speed compression damping will allow your shock’s stroke to stiffen or soften when compressed at high-speed load situations, but can also can act like a secondary ride height.

Action/Stiffer: Depending on if you’re a Showa, KYB, or WP rider will depend on how much you will want adjust the HSC knob to feel a difference. A Showa shock is more sensitive to turns than that of a WP or KYB shock. I would adjust HSC on a Showa shock by 1/6 turns to feel a difference versus a 1/4 turns on a WP/KYB shock. Going to a stiffer HSC setting on your shock will raise your rear end and give you more hold up in g-outs, up faces of jumps, out of corners (on-throttle) as well as create more front end bite when entering into corners (area 1-2). Adjusting the high speed is sometimes scary to weekend riders, but shouldn’t be feared as it is one of the most notable changes you can make to your shock. Adjusting the HSC can give a  rider a plusher feeling if he/she is too low in the stroke. Increasing HSC can get you out of the harsh portion of the shock’s stroke if you’re too low on accel/de-cel. HSC can make the ride attitude of the bike more balanced front to rear.

Reaction/Stiffer: Negative affects of going stiffer on HSC can range from deflection on/off throttle, rigidity feeling up, low front end feel, too firm of a feel when hitting bumps on acceleration, harsh feeling through your feet, oversteer (knifing on lean angle), allow the bike’s ride attitude to be too front end low/rear end high and cause kicking on de-cel as well as nose end heavy off jumps.

Action/Softer: Softening the HSC can increase plushness on braking bumps, give the bike a flatter overall feel when chopping throttle in soft dirt, allow the shock to move further down in the stroke under heavy load, make the action of the stroke faster (less damping feel), can increase rear wheel traction (especially on lean angle/more tire contact patch), give a more supple feel to the hands through the pegs.

Reaction/Softer: Allow the fork to ride too high in the stroke, can cause front end pushing through corners, fork deflection, create a low rear end feel that can make the rear of the bike wallow through rollers/waves, causes too much pitching on/off throttle (teeter totter movement), harsh feeling (firm) around the track because the shock is riding in the stiffer part of the stroke/damping (mid-stroke), unbalanced feel around track (more comfort in rear end with less comfort on fork).

Rebound: The rebound damping allows the shock’s shaft to move faster/slower when compressed/released. It can also act as a type of damping force as well.

Action/Faster: More rear end traction because the shock is moving faster, which in turn is causing the rear tire to get back to the ground quicker over bumps/square edges, can help straight line stability, can increase plushness through the beginning to mid stroke, can help get more lift off jumps.

Reaction/Faster: Can cause side to side movement on throttle under slight lean angle (edge of tire), could make shock feel too soft/low on acceleration bumps (diving), can cause pushing sensation of rear tire through area 2-3 (middle to end) under throttle, can put too much weight on front end through corners.

Action/Slower: Can allow for more damping feel (firmer), slow the rear end down off throttle which can give you increased front end traction in ares 2 (middle) of corners, more planted feeling coming into deep braking bumps, less movement of the initial stroke/under throttle while hitting acceleration bumps, can allow bike to soak up jump faces more (less air).

Reaction/Slower: Can give rider a harsher feeling on/off throttle when hitting bumps, could make shock feel too firm on acceleration through choppy bumps (too high/harsh), can give less rear wheel traction on hard pack chop, front end high feel off jumps, can cause a ride attitude that is too low off throttle, that low feeling can give the rider less cornering stability through choppy ruts because it will pack and give the front tire less contact patch.

Action: Getting the correct ride height (or sag) is crucial because when the bike is designed, it’s designed with the a certain amount of preload. The chassis will not act like it is intended (when developed) if the sag is not set to the correct setting. Having the correct sag will give you the ride attitude/balance around the track.

Reaction: If you’re sag is too high, the rear of the bike can be harsh/deflect on square edge, cause the front end to be too heavy (or low feeling) off throttle, front end oversteer in corners, as well as give the balance of the motorcycle a stinkbug feel. Having the sag too low can allow your front end to be vague in corners (less front end bite), give the rider less rear wheel traction out of corners (under load) and could even cause more pitching on/off throttle. If you’re looking for a little more front end bite or more front end steering then try going up slightly (less sag) on your preload. If you want more stability on faster tracks or on deep sand tracks try going with more sag (rear end lower) for increase stability and a less front end heavy feel.