After being in love with the previous model YZ 250F, I couldn’t wait to get my hands on the 2019. Once the initial introduction testing was over I got to spend some real time on the bike and have been struck by cupids’ arrow (once again). Almost every aspect of the 2019 YZ 250F has been at least slightly improved from the previous generation. I’ve now had the bike for around four months and put 20+ hard hours on it riding everything from tight/jumpy moto tracks to deep wet sand tracks. 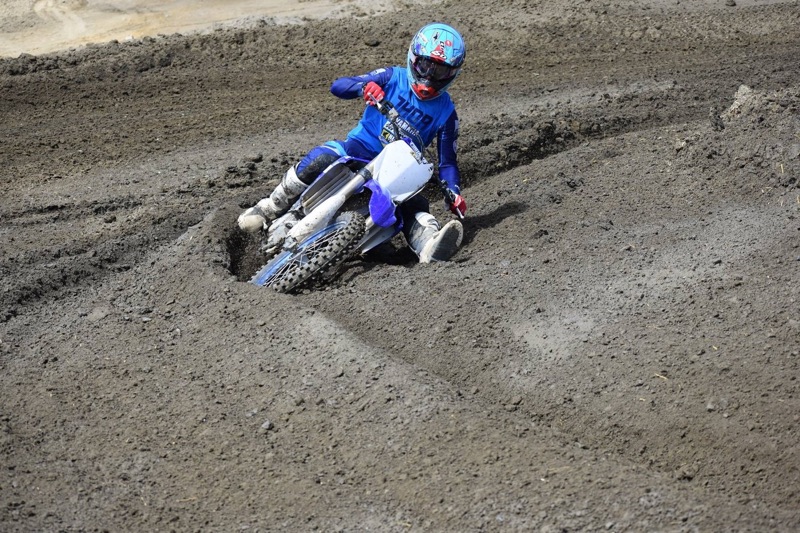 One area that has really been improved is the mid to top pulling power for 2019. The previous model had amazing bottom end torque, but lacked excitement when the bike was being revved out as this engine loved to be short shifted. It’s no secret that the 2019 has more over-rev and more exciting power throughout the RPM range. However, there is a downside; in my opinion there is only so much power that a manufacturer can reliably get out of a 250cc motorcycle without creating a time bomb right? Yamaha already had the strongest 250F engine character, so to me it feels like what Yamaha did was move the meat of the YZ 250F power closer to the midrange instead of the bottom. In order to try and get the YZ 250F to have more exciting mid-top end power it lost a bit of torque out of corners. Kris (Keefer) has helped me a lot on mapping in order to make me happy and getting the Yamaha to have the best of both worlds. We came up with the Aggressive Keefer 2 (see photo for the number fields) map a couple weeks ago and it seems to work well everywhere. The new map got rid of the somewhat empty feeling (compared to last year) bottom end where if you were a gear high exiting a corner, the clutch would need a lot of massaging. Now I feel like I can exit a corner in a taller gear, using a minimal amount of clutch, to get the bike pulling down the next straight. The only place I feel this map is lacking is a bit of over-rev. There are times where I wish the engine would just pull a little longer in each gear, so I wouldn’t have to shift just before the next corner. (editors note: It sounds like Michael needs a 450 or get off his lazy ass. Bro! It’s a 250F, you must shift!) The next step is to try an exhaust system to see if it will give me more horsepower, but for now we are leaving the bike stock for shootouts.

The chassis and suspension of the 2019 Yamaha YZ250F is another part of the bike that has been vastly improved. The previous model had a somewhat soft and slight wallowy feeling through g-outs and flat landings. The new chassis and suspension have a much firmer feel without being harsh. The front and rear of the bike ride slightly higher in the stroke and in g-outs/hard landings the 2019 doesn’t dive un-necessarily too far into the stroke. This firm feeling has slightly faded with the amount of time we have put on the bike (as the oil has broken down) and I have had to compensate by stiffening the compression clickers a few clicks (both front and rear). The other place this chassis really shines is through corners, whether they be flat or rutted, the 2019 has a much more of a planted feel. The previous generation tended to want to stand up in rutted corners and take a bit more input from the rider to lean in. This chassis takes minimal input to lean in, stays planted, and leans all the way through ruts easily.

Test rider Michael Allen used to go in a straight line fast, but now he loves to rip up some moto.

A couple things that does bother me with the 2019 YZ 250F is the seat and exhaust. The seat, although made stiffer than the precious model, is still soft after it breaking it in. When seat bouncing or when seated while leaving a rut (with a square edge or hook in it) my ass blows through the foam and finds the top of the fuel tank. After long moto’s it leaves me with some soreness. GUTS Racing makes a cover and firmer foam that Kris will write about right here on the website. When the bike is new, the exhaust is on the loud side, but doesn’t sound too bad, but after 10+ hours, it does get pretty blown out (raspy). The tone has gotten increasingly louder as well as quite annoying (especially for Kris when he’s riding behind me before I get lapped). The future plans for this bike are to compete in Keefer Inc’s 250cc shootout, then have some work done. What we’d like to do is focus on getting some more useable overall power from the Yamaha with an ignition and exhaust, then possibly get more extreme and install a higher compression piston as well as some different cams. The Yamaha has been reliable and I am still using the stock clutch! The Yamaha takes a licking and keeps on ticking!

Keep an eye out for our 2019 250cc MX Shootout as well as the future build of this bike at Keeferinctesting.com. Also feel free to reach out to me if you have any questions about the 2019 Yamaha YZ 250F at michael@keeferinctesting.com. -Michael Allen