Greetings, I’m Colton Aeck. You may recognize my name from slugging it out as a privateer at your local Supercross or Outdoor National. If not, I’m 24 years old, a professional racer and working on being a half decent test rider too. 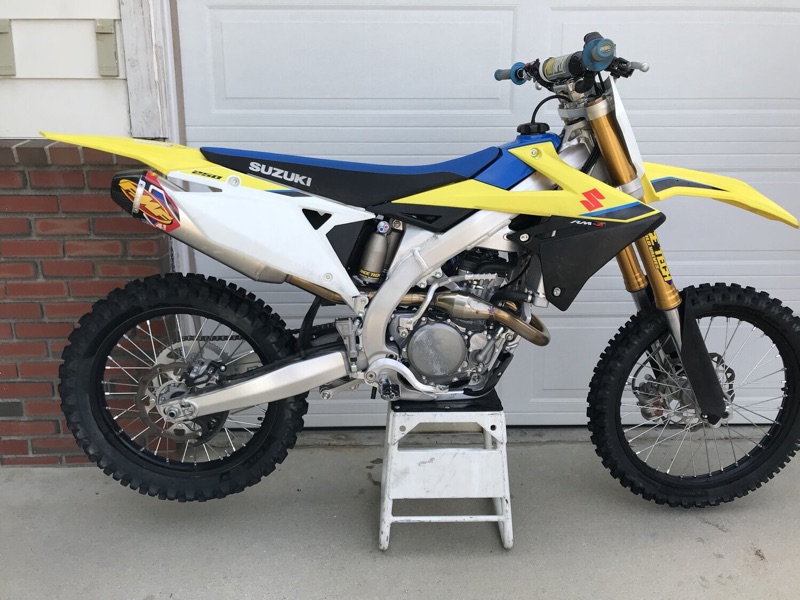 While practicing in between Supercross races in January I had a mechanical failure that resulted in a bike crash. I broke several vertebrae, a few ribs and punctured a lung, but most important it got me thinking about my situation. Is busting my ass every week, traveling every weekend, risking major injury and sacrificing time and relationships with loved ones all worth it? For what? To come out profiting a few hundred bucks a week? It’s certainly used to be, after all I’ve worked my whole life to get this far, but getting injured sucks and maybe it’s just time to go back to why I started this all in the first place. Because I love to ride!

Cut to now, a few months later. I’m healed up and getting the itch to ride again. I have tons of great memories racing 2 strokes growing up. One day I stumbled on a super clean 2004 KX250 and thought “Perfect, this will be the most fun I’ve had in years!” WRONG… I love two-strokes as much as the next crazed pre mixed guy, but let’s be real, compared to today’s four-stroke machines they are slow and poorly suspended. I should’ve know better buying a 16 year old bike!

Since I was regretting my two-stroke purchase I called up Keefer to see if he had anything I could ride. His 2020 RM-Z 250 needed someone with a purpose and it seemed like I needed one at this time, so I found a home for the yellow zook. To be frank, the 2020 RM-Z 250 gets a bad rep (and rightfully so in some cases). It’s down on power compared to its competition and in the 250 class, power is almost everything. 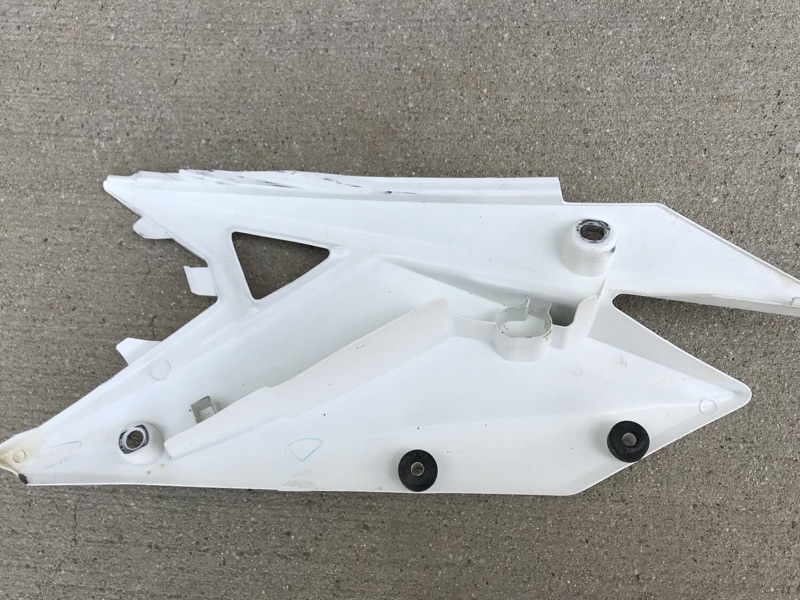 My first impression of the Suzuki is that it has good throttle response and bottom end pull, but once you really start riding harder it feels choked up, like it’s starving for air. There just isn’t a whole hell of a lot of pulling power after I gt out of the corner. After taking the seat off I knew the first mod I wanted to make was to try and open up the airbox. On the inside of the number plates there is a triangle shaped snorkel piece that sticks into the airbox. Using a heat gun or a torch, lightly heat up the plastic to soften it a bit (don’t melt it!) and take a sharp razor knife and cut the snorkels off flush with the inside of the plates. 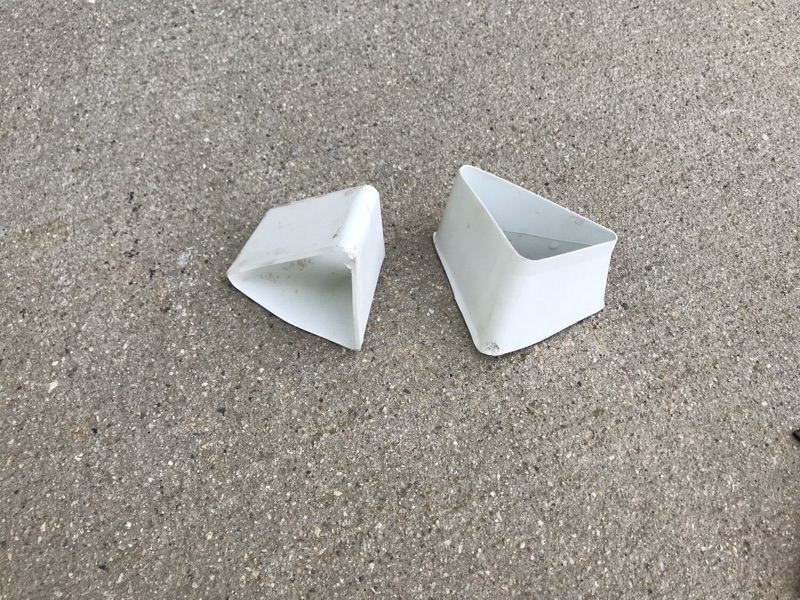 I recommend doing this at the track, in between motos so that you can feel the difference, but if you can’t doing it at home will be justified on the track, trust me. Just taking the bike off the stand and starting it, I already noticed improved throttle response and a quicker/freer revving engine character. On the track you will feel improved power across the RPM range. Coming out of corners the bike pulled longer and gave me a slightly more exciting feeling. 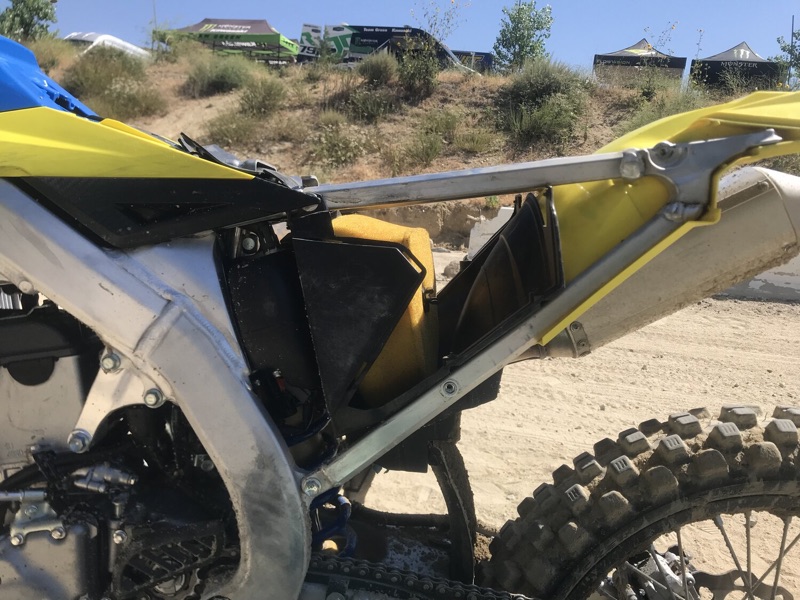 While I had the side plates off I noticed the stock airbox seems very closed off. Almost like something you’d see on a trail bike.Once again, with a heat gun and a razor knife and a little patience I opened the airbox up a ton. I cut around the outside edges along the subframe and the front edge where the number plate attaches. Make sure to leave enough plastic on the front edge so the tabs on the number plate still have somewhere to lock into. On the track I noticed another significant improvement to throttle response and it overall an improvement in pulling power across the whole rpm range. This Suzuki is starting to wake up a little and I have yet to spend any money! Winning! With almost any kind of mods you’ll have some downsides. Opening up the airbox is a big improvement on the track, but you will notice your bike is a bit louder (more intake noise) and your air filter will get dirtier a little sooner on sandier tracks. Unless you’re lining up at a Supercross, sound is probably not an issue for you so I didn’t work about it. 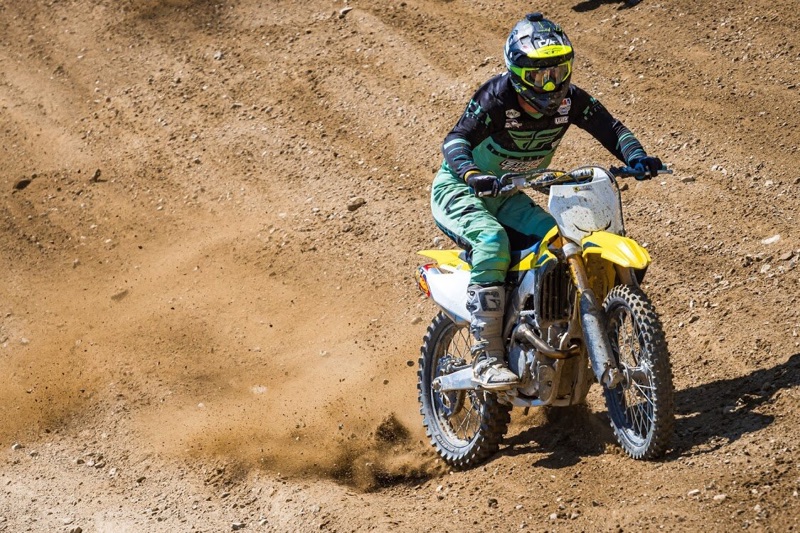 The next obvious choice for me to make that did cost me a little was to install a FMF Factory 4.1 full system. The FMF is much lighter than the stocker and improved bottom to mid pulling power. I didn’t notice any major improvements in top end/over-rev, but the FMF was another step in the right direction towards getting some more meat inside the the RM-Z250’s engine.

With only these two mods the RM-Z250 makes me smile a lot more than when I picked it up from Keefer. Stay tuned for more tips/tricks and mods as I dive into the suspension as well as inside the motor on the next installment of project yellow zook. If you have any questions about the Suzuki RM-Z250 you can email Kris at kris@keeferinctesting.com and he will make sure to pass it on to me.