As the hours keep ticking away on the 2020.5 KTM 450 SX-F Factory Edition test machine, I have been going through test parts like crazy. I have been testing the REP (Research Engineering Performance) re-valved WP XACT Pro Components and have good things to say about Mark’s work, but I wanted to get a little more comfort for the shock, so he offered up his knuckle and pull rods to me. I explained to him that I felt the KTM was low in the rear, so I would rather not use the pull rods, but I was willing to use the knuckle in corporation with the WP XACT Pro Component shock. 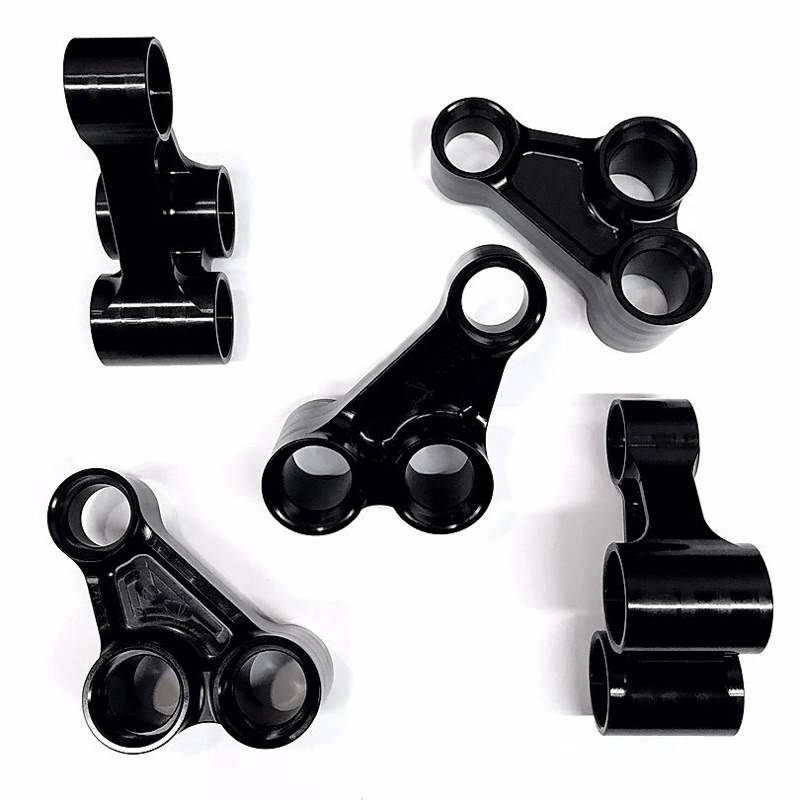 So what is the purpose of the REP knuckle? The reason for designing this linkage system was to help or eliminate a common issue Mark has witnessed with the KTM/Husqvarna. A rider comment that he has repeatedly heard is a lock out sensation in the shock resulting in harshness and unwanted weight transfer. Immediately REP started testing shock settings after shock setting, which helped, but did not fix the issue entirely. This is when REP’s investigation began into the leverage ratios to decipher if this was truly a shock character issue or if the chassis needed some changes.

The linkage put into the Austrian production has a very “stiff” ratio when compared to other brands, which is why the bikes come with such a soft rear spring. REP feels this is the right direction for the beginning to mid stroke, but the progression at the end of the stroke was slightly too aggressive causing unwanted weight transfer and harshness from the rear of the bike

The REP linkage system makes a more linear progression for models 2015.5 to current. Many of the other companies producing linkages for these bikes result in a softer ratio all the way through the stroke, which is why they also require a stiffer rear spring. The REP system does not stray far from the production ratio for the majority of the shock stroke, but simply tapers off from mid to end. This change does not require a spring change because the ratio from full extension to rider sag point is very similar, but once active on the track the rider will see the digression in the ratio to be quite apparent.

The knuckle can be used with the standard pull rod (like what I did) or the longer REP version. If only the knuckle is used the rear seat height will be raised 1.9mm, but if the entire REP linkage package is used the rear will be lowered 2.1mm when compared to stock. Keep in mind if the entire package is used, it not only lowers the rear, but also exaggerates the flatter ratio that the knuckle is producing. REP recommends the knuckle to all his riders, but Mark decides if the customer needs the pull rod based on the rider’s preference and comments. 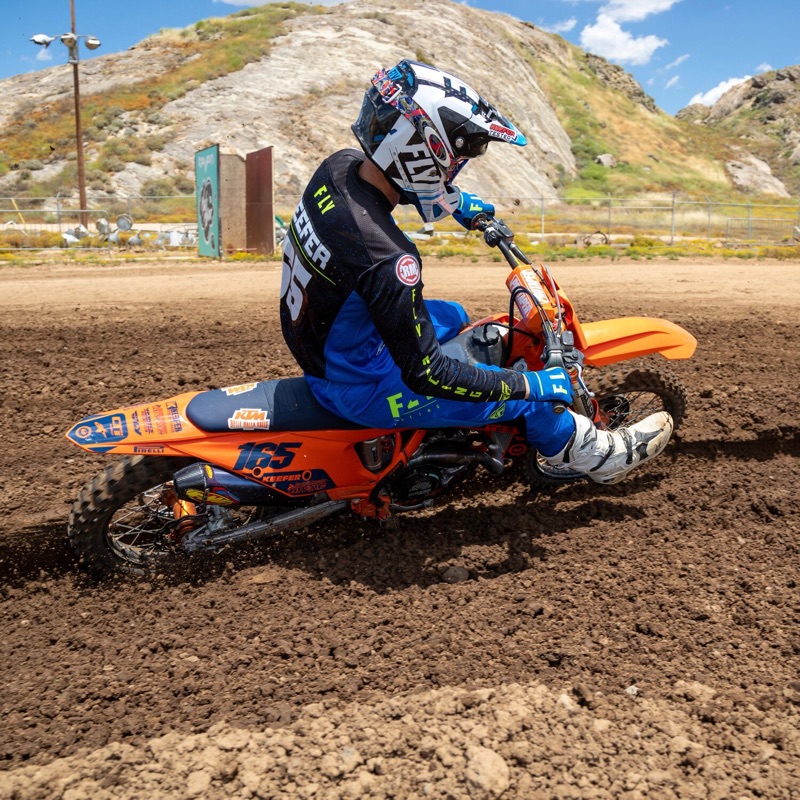 A couple positives to the knuckle that I noticed right away was comfort on acceleration through deep/choppy ruts and the KTM felt less active on de-cel bumps coming down hills. Without the REP knuckle the KTM kicked me in the butt more than other Japanese bikes do when braking hard on de-cel bumps, but with the REP knuckle the rear of the KTM stayed planted better and gave me a calmer feeling when pushing deeper into rough corners. I managed to get a bone stock 2020 KTM 450 SX-F, (without XACT Pro Components) installed the REP knuckle on the WP shock and it gave me the same feelings in those two areas of the track. I appreciate that I didn’t have to drop a spring rate and basically could just bolt this on and feel an improvement. For $249.95 for the knuckle (with bearings installed), I really like the way the KTM can be pushed harder later in the day when the track gets hammered. I used to shy away from the KTM in the afternoon hours, because it would beat me up a little. Now by adding this REP knuckle to our KTM Factory Edition, it has made this a more comfortable machine to ride when everyone else is packing up to go home.

Note… Not all aftermarket knuckle/linkage systems work on every brand of motorcycle. Some manufacturer R&D teams get their linkage ratios correct for the masses upon production, but it’s refreshing to see Mark at REP sell a suspension piece for the KTM that actually is noticeably better when riding it back to back with the stock piece.

Kris, how do I know if I need a knuckle and not just a re-valve on my shock?

If you are experiencing a firm feeling coming out of corners and seem to lose traction, this knuckle can help. If you are coming into braking bumps and notice that the KTM has a nice plush feel on the first bump, but then gives you a rear end kick when unloading upon the second touch, this knuckle can help that. These are the two areas that most weekend warrior riders would feel the REP knuckle is better.

Kris, how do I know if I want the REP pull rods to go along with the knuckle?

If you want your KTM to feel a little lower in the rear and want more rear steering, then you should look into the REP pull rods as well. I am a big front end steering rider so having the rear end a little higher for me fits my riding style.

Attached is a graph from REP. The red line is the REP vs the black line Production.