The 2020 Honda CRF250R is much better off the bottom end than the 2018-2019 versions, but we wanted to test the latest full stainless Yoshimura RS-9T to see if it helped the stock Honda’s engine character at all. We were specifically looking for a little more RPM response and pulling power because the Honda is still lacking some bottom to mid power when compared to the other competitors in the 250 class, more specifically the blue bike. Seeing as how my son and I have been logging a lot of hours on the machine as of late, I thought why not get a review up fairly quickly to give you the details. 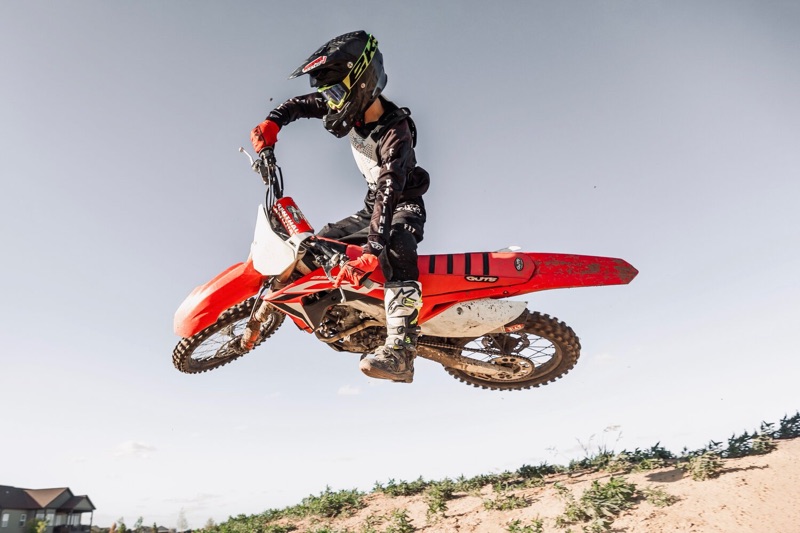 Installing the new full system took me less than 20 minutes and the instructions were very detailed. All of the parts that came inside the box fit perfectly and no swear words were thrown while installing the Yoshimura exhaust. In my opinion, Yoshimura is one of the highest quality exhaust manufacturers in the industry. I have been a part of a few R&D departments and I can tell you first hand that the quality, fit and finish of a Yoshimura exhaust is impressive. I wanted the stainless full system because it was less expensive ($909.00) and still knocks off almost a pound over the stock system! 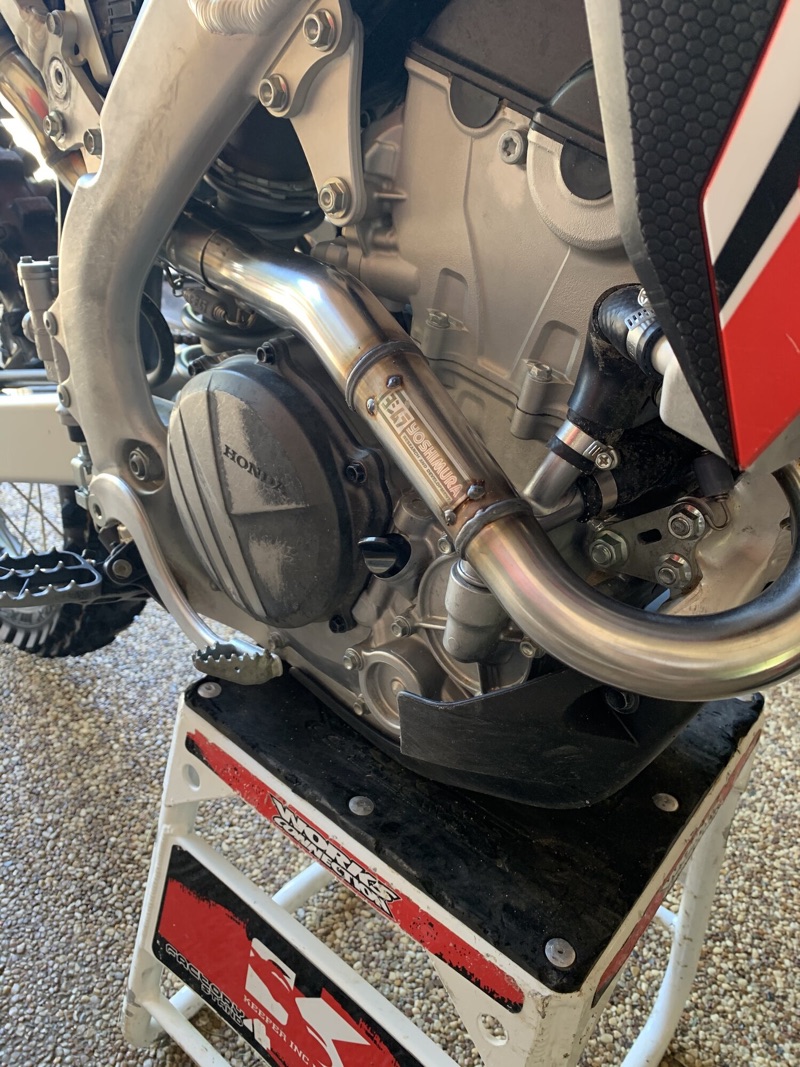 Now to the part that everyone wants to know…Does the Yoshimura help the little red screamer? The simple answer is yes, but who likes simple answers? Not us! With the stock system, the Honda pulled nicely from mid-range to the super high rev limiter that the Honda graces us with, but when exiting corners and trying to grunt up obstacles, the engine needed some help. The best way to explain the stock feeling CRF250R is that it’s just missing some meat. By saying that I don’t mean it’s slow, but I felt like I had to shift a little more with the Honda CRF250R. I had to ride a gear lower at times in corners (than other 250F machines), and if I didn’t, it took a bit of clutch feathering and more shifting to get the bike pulling hard again.

As soon as I fired the bike up with the new exhaust it was clearly a bit louder, not obnoxious, but a nice, throaty sound that was deeper and less raspy. I tested the stock system back to back with the Yoshimura system on the same days, so it was cool to see the places on each track where the bike really felt different. The most noticeable place the bike felt better was out of tight inside ruts that exited up faces of jumps. With the stock system I had to slightly slip the clutch all the way up the lip (to be able to clear the jump). When I bolted on the Yoshimura system I could leave it in the same gear and just use the meat of the new found Yoshimura power to pull me up and over those types of jumps. Some areas of the track I had to be in second gear and then scream the bike on the exit of corners with the stock system. With the Yoshimura system I could now be a gear higher at times and use that extra meat to get me out of a loamy berm more efficiently. From mid to top end I didn’t notice any real added power gains, but I also didn’t feel like the top end suffered in order to get the added bottom end snap that I received with the Yosh. I will say that the mid rpm response is slightly crisper when in third gear as well as the recovery in third gear through deep corners. Bolting on the Yoshimura full system will not make your Honda as responsive as a Yamaha YZ250F, but it will get you a little added excitement that you could be looking for. Plus the Yoshimura mufflers look much cooler than the stock ones.

If you have a 2020 Honda CRF250R and feel like you’d like a bit more bottom-mid range power, I’d definitely look into the RS-9T stainless system. Yoshimura offers three options, the slip on mufflers ($809.00), the full stainless system ($909.00), and the full titanium system ($1499.00). Admittedly none of these are super inexpensive options, but it’s one of the few things in today’s four-stroke world that can provide a true bolt on benefit.

You can check out yoshimura-rd.com for more of you can contact me at kris@keeferinctesting.com if you have any questions.