Coppersmith Racing Suspension has been around as long as I can remember and they have been mostly known for their Ohlins suspension set-ups. I stumbled across the Coppersmith Aero/Hybrid suspension kit for the WP AER air fork from the guys over at Racer X. If you’re on the fence about air vs. spring, the Coppersmith Aero/Hybrid fork kit gives you the best of both. It combines the old school feel of a spring fork with some of the tuneability of the WP AER fork. The Coppersmith Aero/Hybrid fork kit puts a modified Ohlins TTX22 spring cartridge in one WP fork leg for damping, with an OEM stock WP AER fork leg for adjustability. In essence, it is 50% Ohlins TTX22 (damping) and 50% WP AER (air spring). So how did it work on our Husqvarna FC450 test machine? Let me break it down for you here… 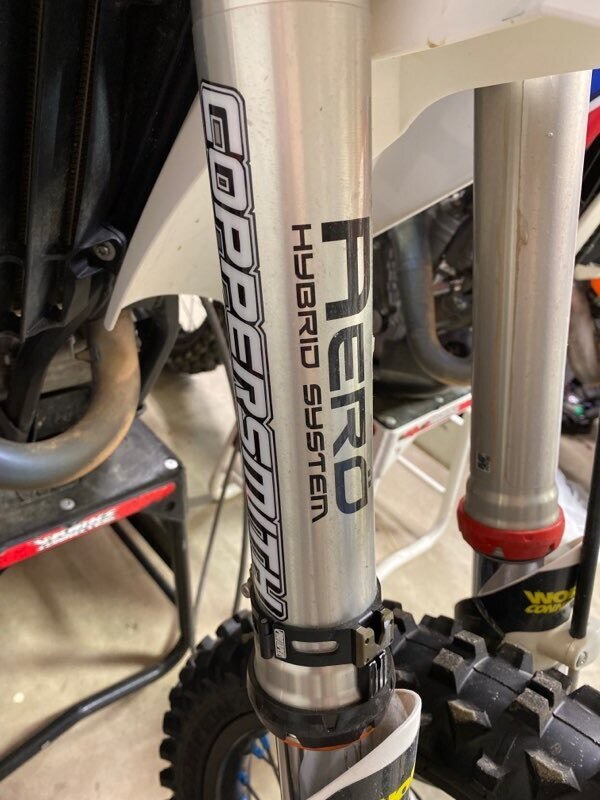 I can already forecast the emails coming in asking how it compares to a KYB conversion and a WP Cone Valve fork, so let me get this out of the way. I will give you the simple answer of the Coppersmith doesn’t have quite the comfort of a KYB conversion on braking bumps, but does have more comfort than a Cone Valve fork on small bump absorption. The Coppersmith hybrid fork gives the rider superior bottoming resistance (similar to the AER fork feel) with the cushion of a spring fork on chatter as well as small to medium sized braking bumps. For the conditions we have out here on the west coast, it really is very surprising how much different it feels compared to the stock WP AER fork.

Compared to the stock AER fork the Coppersmith Aero/Hybrid fork will give the rider more front end feel (traction) on lean angle and give you a more consistent fork action throughout the day. I was worried that going to one Ohlins TTX damping fork leg would almost give me that half ass sort of feel on the track, but there was only a small dose of an AER feel while riding. The only time I could notice that I still had anything resembling an air fork is when I slammed into a jump face or purposely overshot a jump to flat. The Coppersmith hybrid fork gave me that AER bottoming resistance, but without that harsh end stroke spring fork bottoming out type of feel. 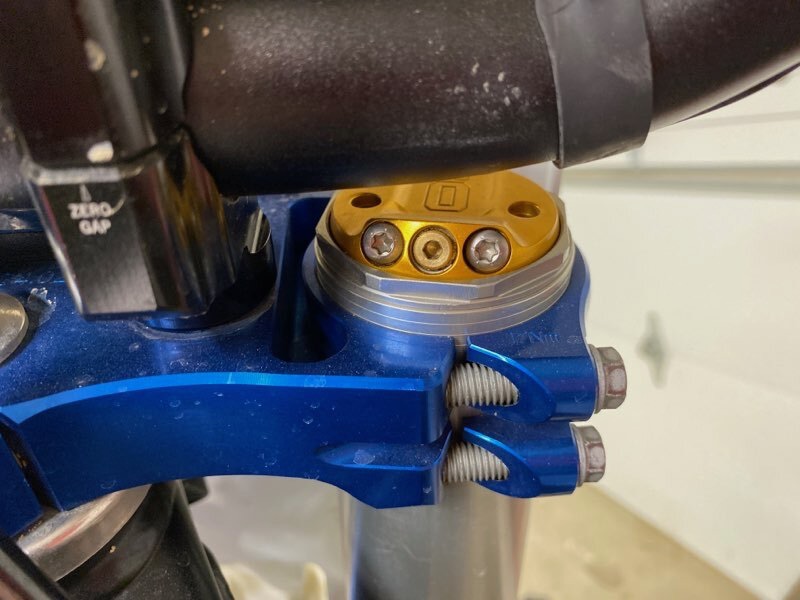 I was trying to find a negative feel on the track (compared to the stock AER set up) in order to elaborate more for you guys, but to me, going to the Coppersmith hybrid fork seems all positive, when moving on from the AER set up. The stock WP AER fork isn’t the worst fork known to man, that title goes to the Showa SFF Air fork, but I just can’t stomach the inconsistency that it comes with during the course of a long moto day. I want the same feel throughout the day and I just can’t seem to get that with a full air fork set up. Maybe the only real negative that I experienced is that you still have to adjust the air pressure on the WP AER side of the hybrid. But Keefer, aren’t you still working with an air spring?

Yes, we are, but the left side AER fork will now be ran at a very low pressure (6 bar) to accommodate the Ohlins TTX 22 cartridge. Running a lower air pressure eliminates almost all of the inconsistency of a higher pressure fork setting. Yes, the air will still fluctuate during a longer moto, but to me the feeling I get on the bike during the course of the day remains much more consistent than when running higher air pressures. A lower .45 spring rate is used in the Ohlins cartridge side and running the clickers at 13 clicks of compression and 14 clicks of rebound seemed to be the best setting between a 170 and 200 pound rider.

What about the weight bias between the right/left fork legs while riding?

Yes, I could feel a slight weight difference on initial lean on right hand corners with the hybrid system, but it was minimal and I am a very hypersensitive test rider. When letting my other test rider try the Coppersmith hybrid fork he mentioned nothing of weight bias feel (left to right) and could NOT tell a difference. 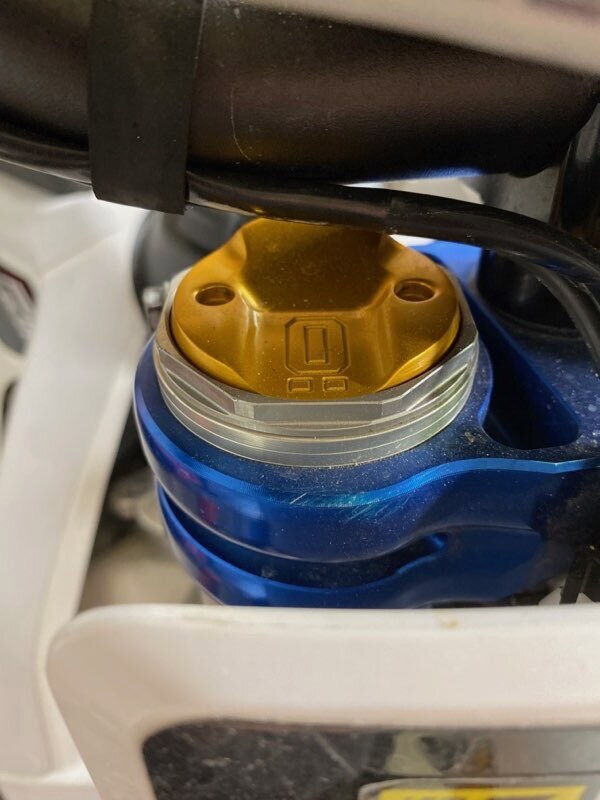 Although we didn’t install the Ohlins TTX22 cartridge in the fork, Coppersmith offers the installation to the customer. Just ship them your right fork leg and let Coppersmith handle it for you. Coppersmith also offers DLC and titanium Carbon/nitride coating as an upgrade if you’re feeling factory. Another benefit to installing the Coppersmith Aero/hybrid kit in only one fork leg is that it saves weight over a traditional coil spring fork plus cuts down on shipping cost and retails for $995 (installed). For more information call Coppersmith at (234) 229-9059.