Kris recently assigned me the 2020 RM-Z 250 to test and do a little project with. I have to say I’ve been having a blast riding it and trying to make it better. It’s a super fun bike to ride, despite the sometimes bad reputation it gets. If you haven’t read Part 1 of our build, check it out here: https://www.keeferinctesting.com/motocross-testing/2020/6/3/2020-suzuki-rm-z250-tipstricks-part-1

For a little recap of Part 1, the RM-Z is known to be a bit down on power in comparison to its competitors. Our goal was to find more power, without breaking the bank. Often times moto media outlets tend to throw the book at bike builds and I get why, but it’s fun to build a badass bike with all the exotic parts, but it’s not very practical for your real world rider, that is working 9-5. With that being said, we were able to find more power and make the RM-Z a little more exciting to ride, just by opening up the airbox and installing a pipe. 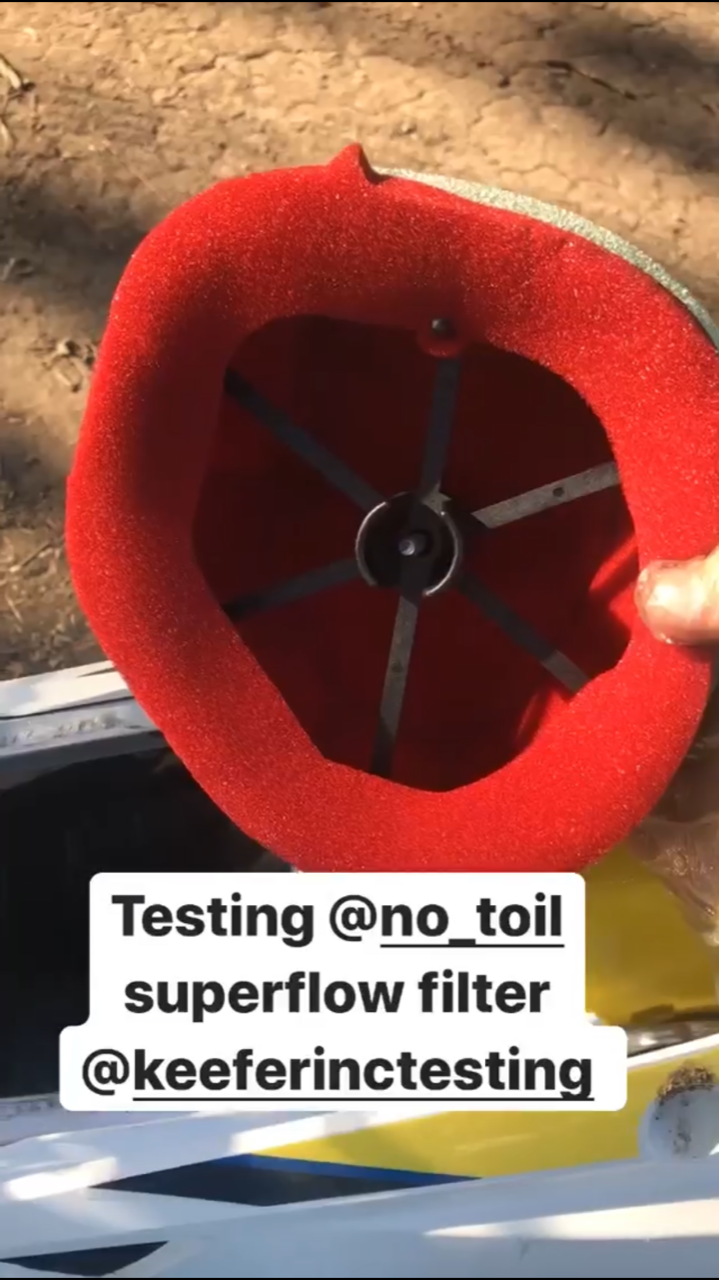 Continuing with the trend of giving the RM-Z more air, I tested the Super Flow Air Filter Kit from No Toil. The kit comes with a new air filter cage that eliminates the stock backfire screen and also comes with a high flow air filter. On the track I noticed more throttle response and an overall quicker revving/more free feeling engine character. In stock trim, the RM-Z feels choked up, like it’s starving for air. With my no cost mod of opening up the airbox, the No Toil kit completes the mission of getting more air through the intake. I was surprised at how big of a difference it makes in mid corner (area 2) recovery and overall excitement across the RPM range. Expect to find yourself upshifting sooner exiting corners as the engine revs up much quicker allowing you to pull taller gears sooner. 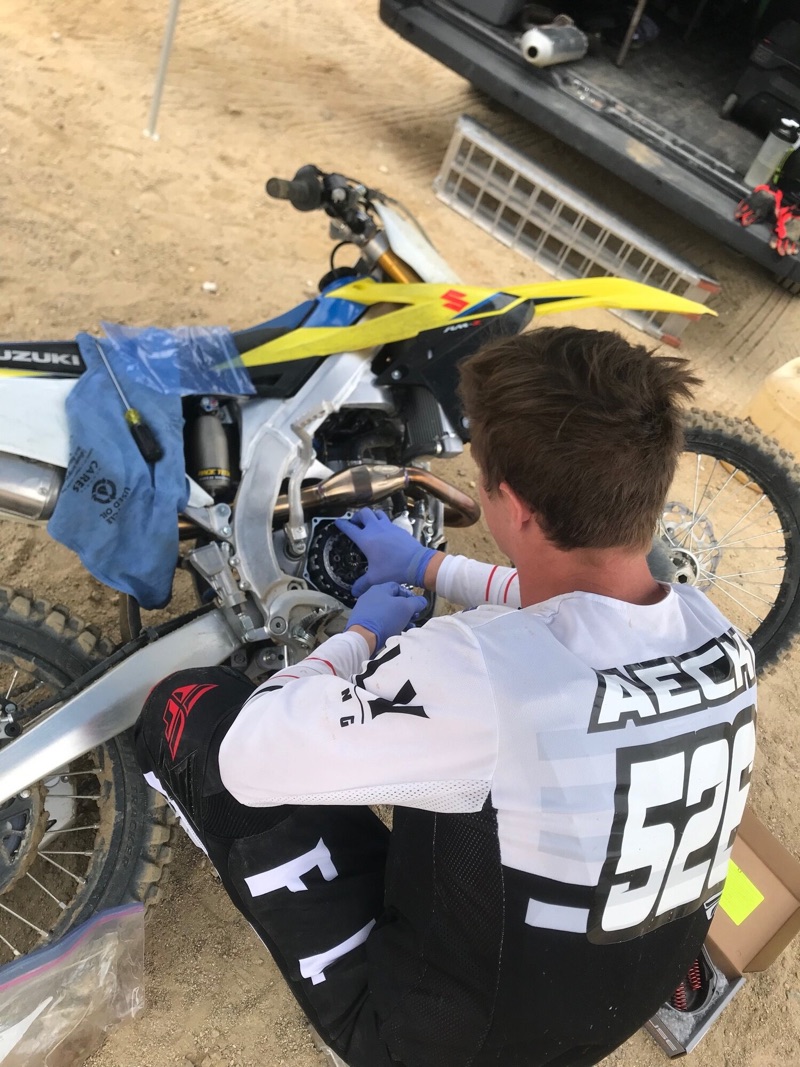 My next mod was installing Rekluse’s Torq-Drive Clutch Pack.  It’s a low cost alternative to their complete Torq-Drive kit. I’ve raced with Torq-Drive clutches for years in SX. They are an absolute must have for Supercross whoops, as it’s almost impossible to make them slip, but I’ve never tested a Torq-Drive back to back on an outdoor track and on a 250F for that matter. The clutch pack is easy to install as it fits directly into your stock clutch basket/hub and it’s almost a third of the price of their complete kit.

The very first thing I noticed was how easy the clutch pull was. I’ve never been picky about an easy clutch pull, but I have to say, it’s nice having a buttery smooth feeling at the lever. On the track you’ll feel improved bottom end exiting corners and an increase in pulling power throughout the whole RPM range. It’s an interesting feeling, because I wouldn’t say that the bike makes any more power with the Rekluse, but it just does a better job of putting the power you already have to the ground. As Keefer would say “more linear”.

I tested this clutch kit at Glen Helen and where I noticed the biggest difference was down the deep tilled start straight and up the hills. I felt like I could rev the bike less yet still get more forward drive. Rather than revving high and getting a slight amount of slip with the stock clutch. I’d imagine as I continue to make mods and find more power that the clutch will make an even bigger difference. Where the stock clutch would slip under a heavy load, the Rekluse hooks up and drives forward. With a couple pretty simple mods we’ve  been able to find some more power and make the RM-Z motor more competitive, and for a relatively low dollar investment. 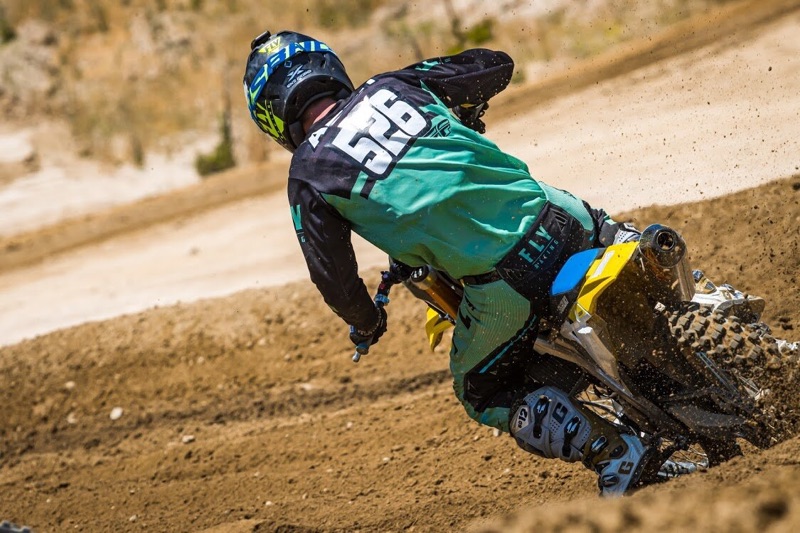 My next goal was to improve the chassis. If you’ve ridden the stock 2019-2020 RM-Z250 you’ve probably noticed the forks are STIFF. I’m a 180 lbs Pro and they are too stiff for me, so I can’t imagine a normal weekend warrior type of rider. Unless you’re 200+ lbs or just want an extra stiff setup, expect to have your suspension re-valved or at the least re-sprung.

Of course we sent the suspension to Race Tech where they re-valved it with their Gold Valves and installed lighter springs front and rear. I’m usually very picky on my suspension setup, and I have to say Race Tech nailed this one first try. The chassis on the RM-Z is still slightly on the stiff side, but it’s very predictable and corners like a dream. Race Tech’s mods gave me more comfort in the front end end and overall calmed down the chassis. I truly have no complaints about the suspension (which is super odd to me), I found the comfort I was looking for, but still retained good bottoming resistance and hold up on big hits. Having a softer setting helped the bike settle more and turn even better than stock, and also gave me a little more stability through high speed chop.

I’ve truly been having a blast riding the #RMaRMy. Being a 450 guy for the last few years, it’s been super fun to ride and the few mods we’ve made, have made a huge improvement in making the bike more fun, as well as more competitive. I have a few more things in mind that I think will make to 2020 RM-Z250 even better, so stay tuned for a Part three coming soon.