If you learning more about your motocross bikes and also getting the lingo down, there is some help for you below. Here are some common terms that we use within the R&D industry that can help you explain what your bike is doing to tuners. Even if you just want to sound cool when you’re talking to your buddies, these terms will make you look like a regular factory test guy. 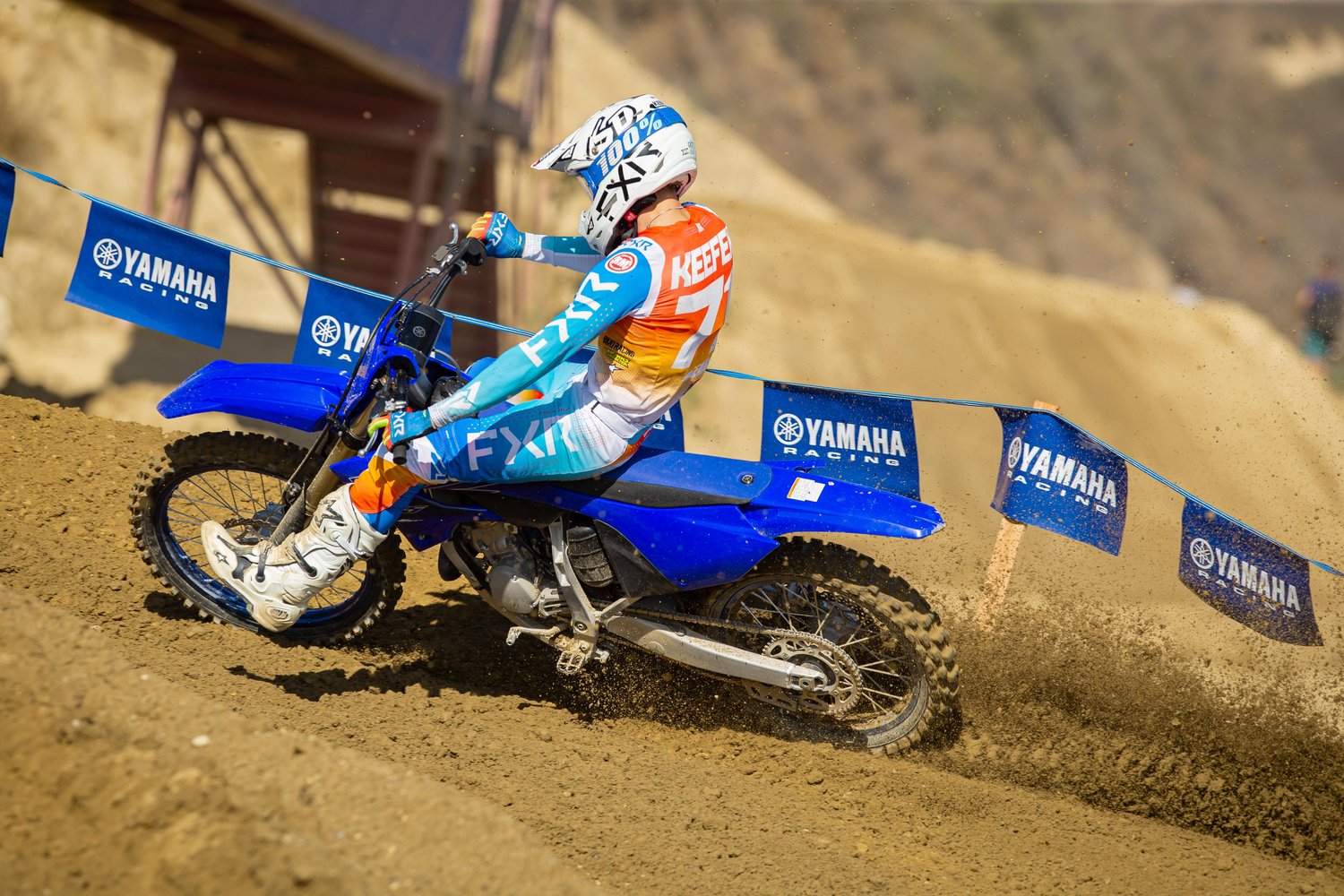 Pitching: This word is used when the rider lets off the throttle and the weight of the motorcycle forces the front end down. This usually happens when there is a lot of engine braking or the fork is too soft. The 2021 YZ450F was notorious for having a lot of this pitching when coming into a corner. Pitching can upset the chassis balance and can cause some oversteer through area 1 and 2 of corners. Pitching can also mean that a certain bike can squat (shock) too much under throttle out of corners causing the bike to have too much movement fore and aft. Pitching can make the machine seem unstable and cause the rider to not set up properly for corners.

Plush: I have never been a huge fan of this term, but the word plush means soft or supple feeling. If I hit something at speed most riders want their bike to feel plush and not harsh. However be careful when using this term to suspension techs as they may want to set your suspension up too soft. Plush can also mean the same with frame feel. For example, the KX450 has a plusher feeling to its frame than the of the Honda CRF450R. I like to use the term “bump absorption” more than the word plush. When the Kawasaki KX450 hits a certain square edge at speed, it has a better bump absorption feel than the Honda CRF450R. Off-road riders look for that plush feeling because they have less jumps to deal with and can hit roots/bumps at higher speeds. A softer compression setting or a faster rebound setting usually leads to a plusher feel.

Empty: This term can be used when talking about engine character or suspension feel. When talking suspension empty usually means there is not a lot of damping feel. If you say “I feel like my end stroke is empty”, it means that it blows through or simply doesn’t have any damping feel.

Rigidity Balance: Rigidity balance is an important term when testing any chassis. If the bike has a firm feel and its rigidity balance is too firm it could mean that it corners excellent, but feels very harsh and has deflection on rough/fast straights. If the rigidity balance is too soft the bike can have a wallow feeling when under throttle as well as give the rider less confidence on braking bumps because of its unpredictable feel. Rigidity balance is something that every manufacturer works a lot on when developing their machine. A bike has to corner with precision, but also have enough comfort in order to have good bump absorption. A machine that has great rigidity balance is a Kawasaki KX450 because it turns well and can hit bumps at speed with a consistent feel.

Performance: Performance is a word we used in the testing world when a rider is looking to ride at a higher level as well as be able to push the motorcycle without having it be too soft. Getting a chassis or suspension package to have better performance is basically asking the tuner that you understand that you’ll sacrifice some comfort, in order to get a machine that you can slam into obstacles harder without getting blow through. Usually riders that are faster or heavier want a performance based setting so they can hit jumps as well as bumps at a faster rate.

Comfort: A comfort setting is something most vet riders want so they don’t feel every little bump on the track. A comfort setting usually involves a softer setting that moves more in the stroke, but also can bottom out when hitting bigger jumps or larger bumps at speed. The 2021 YZ450F’s suspension package is a great example of blending both performance and comfort together. 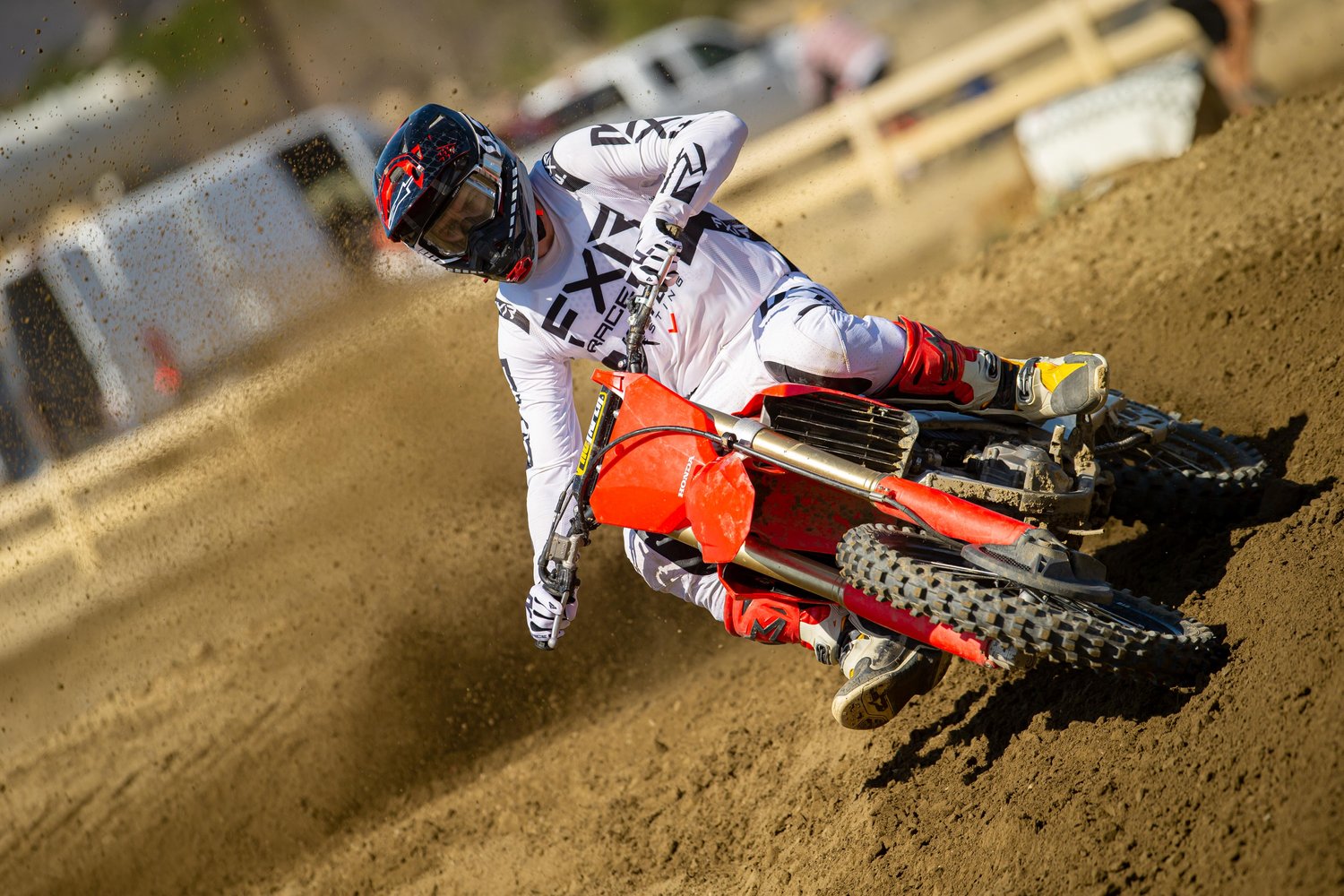 Blow Through: This usually happens when hitting bumps/jumps hard and the suspension just dives without much damping force feel. If your suspension feels like it’s blowing through then you need to try and get a stiffer setting through clickers or internally with valving.

Vague: Vague is usually a term used by describing front wheel traction. Front wheel lean angle traction can feel vague when the fork setting is too stiff, have the wrong offset triple clamps, or if you have the wrong compound front tire. A vague feel means that you will be washing your front tire out under lean angle and the bike may have less of a contact patch. Running too much air in your tire can also give you a vague feel.

Deflection: Deflection happens when either a suspension setting is too stiff or a chassis setting is too rigid. Deflection happens when your front or rear end hits a bump/square edge and your bike simply doesn’t absorb it. It’s like a pinball bouncing around from some side to side and can cause you to roll the throttle off in a hurry. Deflection also causes you to have less contact patch and makes the bike feel less planted. Going to a softer setting with the suspension or chassis usually alleviates some of this feeling.

Contact Patch: Contact patch is a feeling of how much tire is felt underneath you. Contact patch can be increased by running less air pressure in your tires, running a softer suspension setting, chassis setting and/or increasing/decreasing offset. I like using this term a lot with my evaluations because without the feeling of a wide contact patch it will feel like you are running bicycle tires on your dirt bike. Having a wide contact patch feel gives you more confidence to roll the throttle on sooner when exiting corners.

Empty: This term is shared with the suspension side of things as well, but when a rider says that at a certain point that his power feels empty, he could mean that it’s a little lean or it just feels flat. Empty refers to a feeling where there is no more pulling power, or the power just simply feels flat (not exciting).

Dirty Feeling: When a machine has a dirty feel to it that usually means the ECU/jetting is rich. A dirty feel means that the bike sputters, coughs, misses, etc., and most of the time it is due to a rich setting. Getting a dirty feeling delivery can also mean that your air filter element is clogged. You should clean it.

Recovery: Recovery describes how quickly a rider can get back into the meat of the power when missing a shift or when the machine is being lugged. Recovery is important because it gives the rider the confidence to know that if they make a mistake, the machine can get back up in the RPM’s and move down the track in a quick manner.

Excitement: Excitement is usually the initial feeling of the crack of the throttle anywhere in the RPM range. The Honda CRF450R is known to have a lot of excitement down low, but that excitement can also be a handful when rolling  corners. If a machine doesn’t have enough excitement it also can suffer from poor recovery. See what I did there?

Lethargic/Lazy: This term is used for a machine that revs heavy or is slow to rev/spool up. A rich feeling can cause bottom end to feel lethargic/lazy feeling. Lethatgic can also mean that you will have to use the clutch a lot to get the engine into the meat of the power.

RPM Response: RPM response is the initial crack of the throttle anywhere in the RPM range. Excitement and RPM response can share the same meaning at times except when talking about having a lazy feeling engine character. Having good RPM response in an engine is important because it can help the machine feel lighter and more flickable.

Bottom End: Bottom end delivery usually refers to the power feel once immediately out of corners or when getting off the gate.

Mid-Range: Mid-Range delivery usually refers to the power feeling once exited from the corner and the rider is starting to make his shift into third gear. Mid-range feeling can be experienced in any gear but is only categorized by throttle position in the production testing world.

Top End: Top end is felt when a rider is full throttle and is accelerating down a straight. Top end can be felt in any gear but is most recognized in third and fourth gears on a moto track. How far the bike can pull each gear is usually categorized as top end.

Over-Rev: Over-rev is a term used by most testers as a sign of when the engine falls off its peak horsepower/top end. Having an engine with good over-rev means that the engine can pull each gear farther down the track without having to shift up a gear. Having an engine with a short over-rev means that the engine likes to be short shifted (up to the next gear early in the RPM range) and can’t pull its gears very long.

Connectivity: This term is used when a test rider is trying to explain the feeling he has from this throttle hand to the rear wheel. Does his throttle and rear wheel feel connected to the ground or does the bike break loose or slide out? Good connectivity to the rear wheel allows for an easier-to-ride machine and can help the chassis settle down on rough tracks.