I never really got to ride with my dad that much because by the time I figured out that I wanted to ride all the time, my dad was too busy dumping his money/time into me. Now that I get to ride with my son a bunch, it makes me realize how lucky I am to share my passion with him. Kellen works for Racer X and I have got to know him over the past 18 months or so. When we would be on assignment, I noticed he was riding an older yet very clean Honda CR250, so I offered up a newer four stroke for him to shred around on. Little did I know that he and his dad shared the same passion that my son and I did and over the past year, he has got to spend that time riding with his father Bob. It’s amazing how dirt bikes can bring a family together even when father/son are both older with busy schedules of their own. Here’s Kellen’s story about riding with his dad and a little bit about the Husqvarna FC250. -KK

Go Ride With Your Dad While You Can
By Kellen Brauer

Two weekend’s ago, I got to spend my first Father’s Day as a Dad. And one week after that, I was able to roll a Strider around the corner for my daughter Hollie who was turning one-year-old. She’s not big enough for a Strider yet but we sat her on it with pads and a helmet and pushed her around while she had a massive smile on her face. It’s the type of moment I had always hoped for when I thought about what it would be like to be a Father while I was coming of age.

To have a passion for motorcycles is something that many of us get instilled in us at a young age. When you watch the High Point National and see all of the top pros talk about when they first got on a dirt bike and how their Dad’s rode or raced and it was something they always wanted to do, I’m no different in that regard. And while there are some exceptions, almost everyone I ride with has the exact same story. We wanted to be like our Dads and ride dirt bikes. 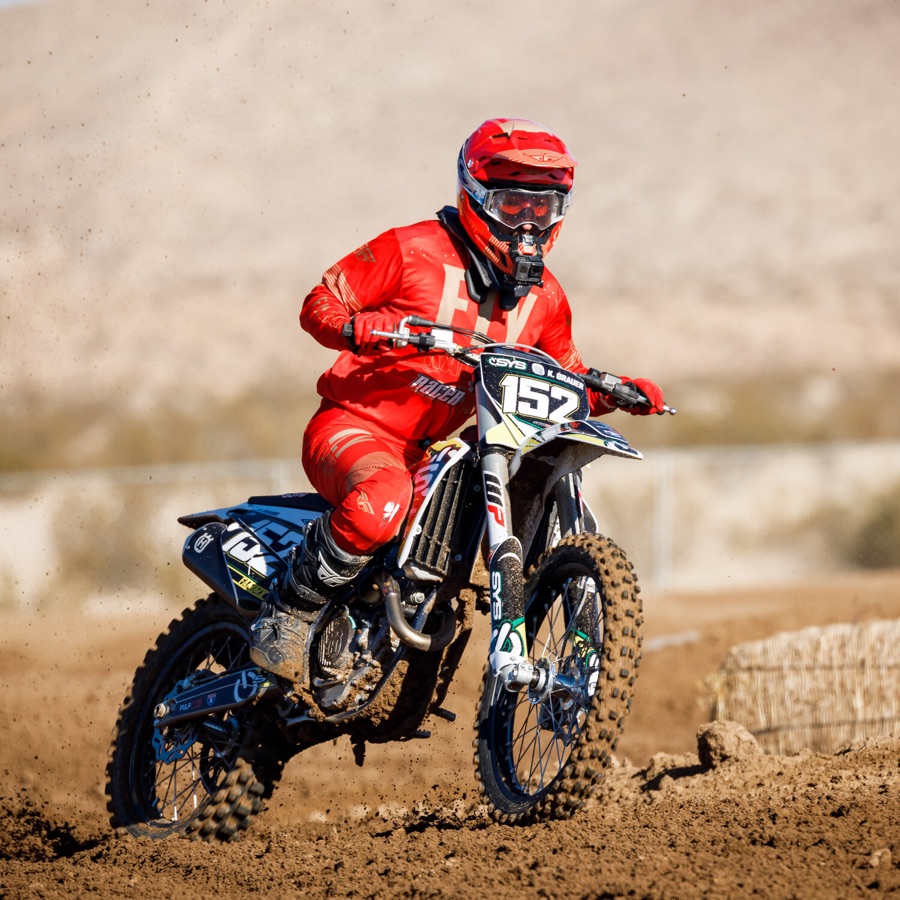 I’m 28 now and I still want to go with my Dad to the track every time. He’s 65 and I know his times of riding motocross tracks are waning and instead he’s been more enthusiastic about dual-sporting and the adventure experience lately. His interest in that has peaked mine and while I still very much enjoy ripping with my buddies at the motocross track, I’d gladly take a day in the hills with my Dad over that any day.

As I’ve now become a father, my acknowledgement that the time fleeting I will have to get to ride with my Dad is becoming more obvious. I very much hope he still has another 20 years of riding in him, and we get to experience so much more together, but you really just never know. The recent passing of Rocky Aiello, who worked at KTM North America as a national sales manager, hit me pretty hard. His son Kai is just 20 years old and the family lives pretty close by to me here in Temecula.

I remember seeing Kai just about four or five months ago out at Cahuilla Creek MX Park. Kai is a great rider with good technique and he’s blazing fast too. He’s no question one of the best local pros who consistently rides out here in Southern California. But when I saw him at Cahuilla that day, Kai was just cruising around the vet track and urging along some younger riders. I don’t remember seeing his Dad nearby, but I remember thinking that there’s a kid who was raised to enjoy more about motocross than just the individual feeling of going fast and riding an adrenaline high. He understood the comradery involved and how great this sport can be when you share the experience with others around you.

That’s a lesson I learned from my Dad, but it’s not one he sat down and taught me about. It’s one that I got to learn through experience. When we would wake up at four in the morning to load up on a Sunday to go to the races, those two or three hour drives to the track were equally as valuable to me as the actual motocross racing I got to do those days. Being able to just talk to my Dad about all the things he lived in his years behind the handlebars were priceless interactions.

Growing up in San Diego and going to Carlsbad for the USGP in the 1970s and 1980s. Getting his first dirt bike when he was 13 years old, very much against his mother’s wishes, and being able to go riding with the other kids in the neighborhood. Picking his brain about all the different bikes he’s been able to ride over the years. Asking him about being inside Angel Stadium for the 1986 Supercross opener classic. Him telling me about seizing up his CR500 on the Carlsbad drag strip and sliding on his back for a few hundred feet after laying the bike down. The stories go on and on, and they are some of my favorite stories in motocross. But they are all stories that nobody knows about because it was just a guy from San Diego named Bob Brauer that had a passion for dirt bikes and rode whenever he got the chance. He wasn’t the superstars of motocross from those days that we talk about today, but he’s the most important figure for my passion and love of motocross.

Sometimes I feel that the father-son or father-daughter connection gets lost as the younger reaches adulthood and naturally wants to break away from their parents. And unfortunately, when you reach your 30s or 40s and yearn for those days when you could go ride with your dad at the track, time has already taken away that opportunity. Too often we get caught up in the hustle and bustle of life to stop and soak in the moments that are going to mean a lot to us when we get older.

This past year for example, Keefer gave me the opportunity to take this 2021 Husqvarna FC 250 for the year and go ride it. I obviously had a ton of fun getting to rip around some new equipment and see how great modern dirt bikes are, but I also had a blast letting my dad hop on it and see his thoughts. My window of expectation on motorcycle feel is so much narrower than his. He came from the era where dirt bikes were dual shock with six inches of suspension travel and even if you had the leg of god himself, bikes were still practically a coin toss to get running. Now he just threw his leg over the bike, pressed a button, and off he went. He can adjust fuel mapping on the go, quickly adjust fork pressure or spring rate, and feel perfect delivery of fuel through injectors. All stuff that isn’t new or anything, but it’s all stuff that is so farfetched from what he grew up on. And of course, he comes back from riding it and gives me a laundry list of things he likes or doesn’t like and what he would do different. Meanwhile, I’m just happy watching him still ripping around a motocross track. It’s experiences like that that are so invaluable in motocross.