An adventure bike that feels more like a dirt bike…hmmm.

Seiji has been my friend/trainer for a very long time. Seiji loves adventure as well as getting lost into the wilderness. He is the only human that I know that doesn’t need technology in their life to make them happy. He likes being off the grid! He’s an accomplished cyclist, rock climber, trainer, and just an overall fun-haver that loves two-wheels. He managed to get his hands on the KTM ADV790R and and sent us over this quick first impression on what this machine is all about. I couldn’t think of a better guy to give us the low down -KK

KTM almost single-handedly started the adventure bike revolution with their 950 Adventure back in 2003. The 990 Adventure followed in 2007, and soon the interwebs were littered with footage of riders tackling formidable obstacles and terrain, in remote areas, often with camping gear on board.

The riding public was and still is aging, and the will to jump doubles and blitz whoops declines. Careers and families eat up time, but the desire to ride a dirt bike and the lust for adventure helps fuel the growth of the dual-sport and adventure bike markets.

The 950/990 Adventure built a cult-like following that still exists today. KTM released several adventure models on the heels of the 950/990’s success, but the twin-cylinder bikes grew in weight, size, and price. Many were not pleased, including this author. Those entering the adventure bike ranks from motocross or trail bikes longed for lighter, more maneuverable machines, and younger riders interested in camping along backcountry routes yearned for lower pricing. 950’s and 990’s topped Craigslist searches as KTM dealers had to make more room for the ever-increasing girth of the newer adventure class bikes.

2019 marked a reversal for the Austrian brand; the displacement of their new twin-cylinder adventure bike shrunk, with claims of lower center of mass, improved handling, and a lower price (MSRP $12,499; $13,499 for the R) compared to their current adventure twins. The masses longing for this turnaround put their deposits in, and deliveries of the highly touted and eagerly anticipated 790 Adventures fueled accolades, often stating the new bike to be the end-all, be-all of adventure bikes.

I was amongst one of the first in my area to throw a leg over the 2019 KTM 790 Adventure R and I too boiled over with excitement as the new steed was indeed smaller and much easier to handle than my beloved 990. But I didn’t want to spew opinions right away and avoided the often ill-fated overindulgence of superlatives of a new bike. I didn’t want a press release coming off my keyboard. So I waited.

I have ridden my 790 on rocky ranch and farm roads in Central Texas, then on both tame and extremely challenging rocky terrain during the 2019 KTM Adventure Rider Rally in Crested Butte, CO. The riding in Texas occurred with no modifications other than suspension tuning by Konflict Motorsports (my bike was the development bike for Konflict). And I changed to the Michelin Anakee Wild tire for the rally.

The most noticeable trait, other than the smaller physical size, of the 790R was the loss of the top-heavy feeling present in all other KTM adventure bikes. This trait was more obvious when negotiating tighter trails at lower speeds; gone were the extremely tippy feeling and the huge struggles to force the bike upright when the going is slow. This huge improvement is no doubt aided by the strange-looking, low slung gas tank arrangement on both sides of the bike.

Another huge difference was the power delivery of the parallel-twin, a surprising departure from the V-twin design used since the birth of KTM’s adventure line. The engine mostly performed like I thought it would relative to a V-twin; the low-end grunt was dissipated, especially off closed throttle, I had to give it more revs for power and torque, there was a freer feeling to both building and decreasing revs, and I had less awareness of the fore/aft rotating engine mass. The parallel-twin, however, didn’t vibrate my teeth loose like assumed it would on freeways, proof that the double balancer shafts performed their role.

Finally, the electronics package. Although KTM has graced the adventure line with a myriad of electronic riding aids, this was my first long-term experience since coming off my personal 990. I was wholly against electronics, my short experiences usually filled with frustrations in toggling functions or disdain for super abrupt and strong interventions. But, to my surprise, I was glad they were on the 790 Adventure R. From the mapping, Motorcycle Traction Control, Cornering ABS, and Offroad ABS, the amount I could manipulate these functions appeased my inner skeptic. If I found myself frustrated (traction control when starting on loose dirt on a steep incline, wanting to torque steer by rear wheel in washes, etc.), simply stopping to change the combination of functions in play righted the issue. And, coming off 16 months of not riding due to a knee injury, some of the off road riding modes were certainly helpful and confidence-inspiring when I understood what was supposed to happen.

If I have to pick the standout characteristic of the KTM 790 Adventure R, it’s the improved handling.

When describing what it’s like to ride an adventure bike someone new, I always say “whatever you do on a dirt bike, you have to do it earlier and with less intensity, and the bike reacts slower.” I would also say that my 990 felt like a big dirt bike that could cruise the freeway, while the 1090, 1190, and 1290 all felt like a street bikes that could go on dirt. Extrapolate these statements and that’s what I feel about the 790.

My closing thoughts are that the KTM 790 Adventure R feels more like a dirt bike than any other adventure bike I’ve sampled. And I think that’s great and I certainly hope the trend continues. 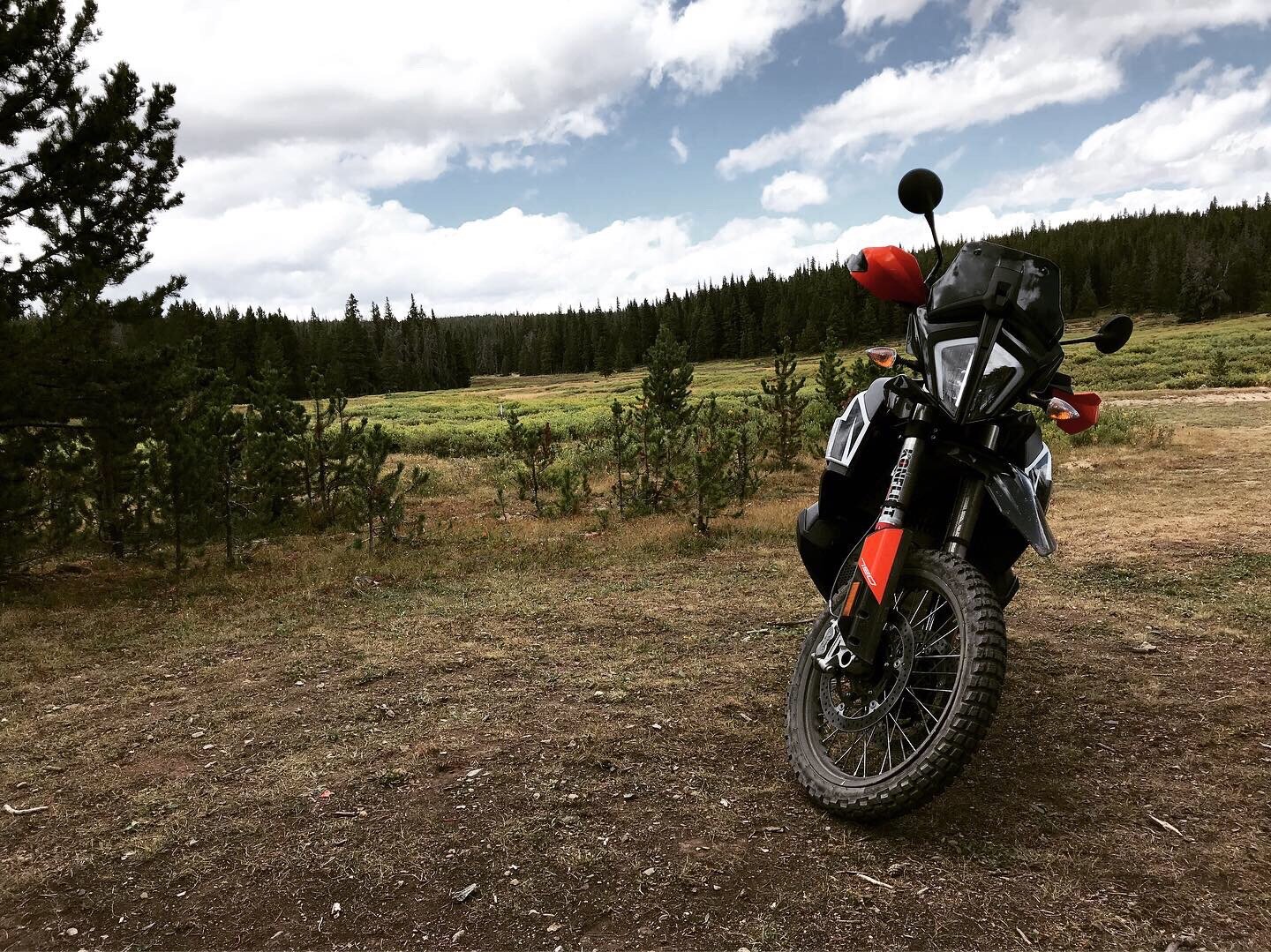