Just like a long lost love or relationship there usually is a certain machine that you will have throughout your life that was your “high school sweetheart”, one that was “quirky, but fun” or maybe it was “the one that got away”. For me, ever since I went to the introduction of the Yamaha 250FX in 2015, the FX has been on my mind more than once. I think the reason I have always loved the FX is because it has the capabilities of being competitive in multiple disciplines of off-road riding and racing. Although I love the YZ 250F, I think I’m better suited to ride the FX since my group of riding buddies is quite diverse and I may find myself riding moto on Friday, then rock hopping on Sunday. Since the FX was released in 2015 it has been refined and updated (usually a year or two after the moto bike), but I think the 2020 iteration has taken the largest step towards one of the best bikes I have ever rode. Why? Let me explain… 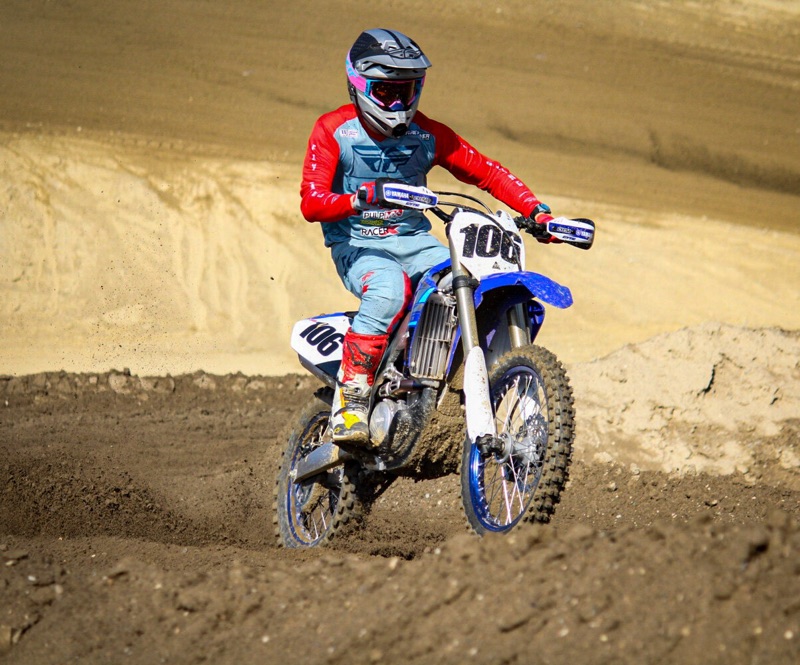 I didn’t get the chance to go to the 2020 FX launch on the east coast, but I heard all about it from Keefer’s test guys about how much fun it was and how they enjoyed the bike. I was super interested in trying it since I had ridden the previous FX extensively and knew what I did and didn’t like about it. The older bike had a bit of a reputation for feeling wide with those big air scoops that are in the radiator shrouds. The new body work makes the YZ feel closer to other moto bikes and also makes the air filter easier to access than the previous model.  With claims of the new chassis helping the bikes ability to turn and an all new engine having the ability to be tuned with your phone, I couldn’t wait to pick up the new FX from Keefer’s shop to hit the trails and ride some moto.

The first thing that stuck out to me when I hopped on the 2020 250FX was the new body work and slimmer feel. Gone was the feeling of being slightly bow legged when pinching with my knees in the sitting position. The Yamaha now feels much better between your knees and the shrouds look aesthetically much better than the previous model. I personally like the fact that there isn’t a gas cap on the outside of the plastic because it gives you the ability to scoot further up without crushing what’s between your legs. Although it does come with a quality skid plate, I had to add handguards to protect my dainty digits, which isn’t a big deal, but I seem to be doing this with most hybrid machines lately. Having the map switch on the bar is a huge plus as well as being able to tune the bike from your smart phone.

Although it’s an off-road bike, the first place I rode it was at a Glen Helen Vet motocross race where I was pleasantly surprised with its capabilities. Compared to the motocross model the FX is sprung and valved lighter, but that isn’t necessarily a bad thing. I am by no means a pro moto rider, so at my speed (vet intermediate) and weight (170lbs) as long as I didn’t grossly case or over jump anything the suspension was very compliant. For moto riding I did add 3 clicks (stiffen) of fork compression and take one click out (slower) of rebound which seemed to do the trick. I think one step up on the fork spring would help with the slight front end dive I noticed under hard braking on the moto track. After going back to the stock clicker settings before trail riding I ended up going back to the moto setting because the stock settings are just a touch soft in most off-road situations. The new chassis is a huge improvement when it comes to cornering and overall front end traction. The 2020 takes less effort to lean into rutted corners and once in the corner the front end had more traction which leads to a more overall confident feeling of the front end not washing out. While the 2020 corners far better than the previous model, the new FX only slightly lacked in straight line stability. Only at very high speeds does the front end feel slightly nervous (front end deflection), but I will gladly take that tradeoff to have a better turning motorcycle. When I rode faster trails with square edge speeding the rebound does help calm the front end a little more, so if you’re racing GP’s, do yourself a favor and speed the rebound up one to two clicks on the fork. On tighter trails, I really appreciated the new chassis as it feels lighter (than previous year FX’s) when trying to maneuver the blue machine in switchbacks or tighter rocky areas.

The 2020 has an all new engine mated with a 6-speed transmission and a large diameter off-road specific clutch. The previous FX had unreal torque for a 250F, but the power seemed short up on top end. Yamaha did their best to retain the great bottom end while adding power on top and the compromise they came to is a good mix. While some of the torque just off idle is gone (low end grunt), the new engine now pulls further into the RPM range, especially second and third gears and gives the engine a more free revving playful characteristic. I have used a few different maps and came to the conclusion that the maps provided by Yamaha as well as the moto maps we have for the YZ 250F are the best (https://www.keeferinctesting.com/motocross-testing/2019/9/3/2020-yamaha-yz250f-baseline-start-upbaseline-settingstips). I keep coming back to the Keefer free feeling map as I think the power works well in a moto or off-road setting. I usually keep this map as well as the torque map in the bike so they can be toggled back and forth during the ride if necessary. When I trail ride I always bring my phone, so having the ability to swap maps on the trail is very convenient. The overall power on the 2020 FX is impressive as a lot of the trails I ride have long soft sand hills and I never felt like I needed 450 power. I even let my KTM loyal 200 pound buddy ride it and he came back with a huge smile on his face. He told me that he has all new respect for a 250F and couldn’t believe how torquey the blue beast actually was. That being said, it is just a touch off of the moto version in terms of making peak horsepower.

Not that I was surprised, but the YZ 250FX has yet again advanced and still keeps itself in the #1 spot of my “if I were spending my own hard earned cash I’d buy this bike” list. I can’t tell you how many times I get asked by older riders “what 450 should I buy” and depending on their goals, I often try to steer them in the direction of a 250F in general. For some reason there is so much machismo in our sport that grown men think they need to ride 450cc dirt bikes. If you need to measure your masculinity, go measure it in the confines of your own home, not when you’re trying to purchase a dirt bike. Unfortunately those bigger bikes are ready and willing to hurt their owner when those owners don’t respect all that power. Most people don’t have the skill needed to harness the power of a 450 and they might think that 250F’s are for kids or women. I urge EVERYONE reading this to give 250F’s a chance or a test ride (especially the Yamaha) and I almost guarantee you’ll be impressed and have a blast! After all isn’t it more fun to ride a slower bike at a faster more controlled pace than to ride a faster bike at a slower sketchy one? Feel free to reach out to me with any questions at Michael@keeferinctesting.com. Now excuse me while I head to the garage to check the dipstick on my “soul mate”.