Some things in life are the way they are because they are that way; the sun is hot, the ocean is deep and gravity hurts. Moto also has things that just are the way they are; the smell of two-stroke race gas on cool days, early mornings bringing fond memories to a riders mind, having butterflies that give you that unexplainable exciting/nervous feeling just before the gate drops and the desire to constantly improve in the search for that elusive “perfect race”. While there are many great truths in the motocross world, there is one claimed “truth” that in my opinion is flat out wrong, has the potential to harm innocent riders whose macho ego overpowers their ability to look at themselves in the mirror and make a rational purchase. What I’m referring to is the falsehood that any vet type of rider needs to ride a 450 and if they don’t, they’re sissies who can’t handle a man’s bike. Well I’m here to hopefully shed some light, tell my story and give you a perspective on smaller bikes as a reasonable future purchase. 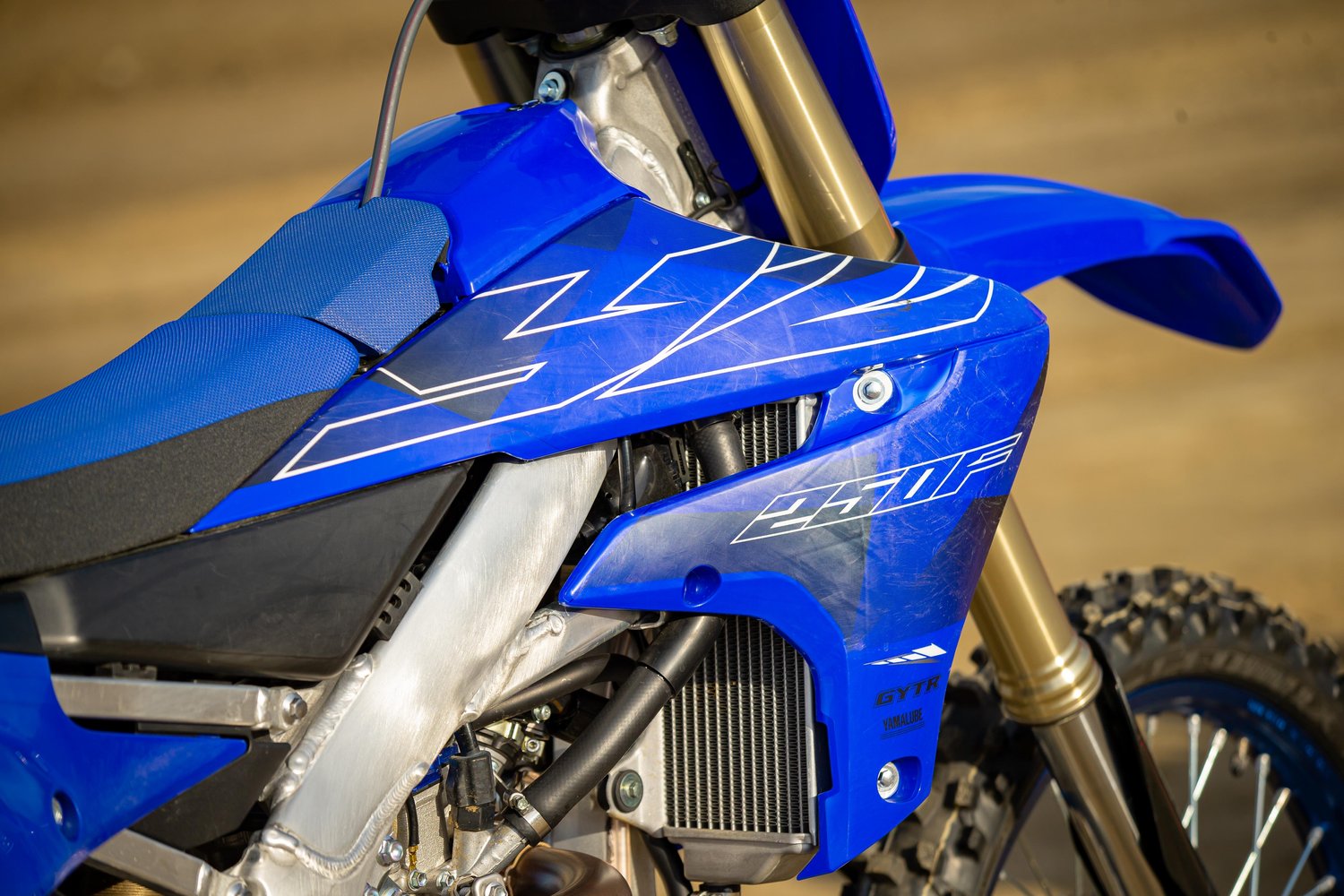 We all know the rider: “I just bought a new (pick your color) 450 and I’m headed to Glen Helen to break it in on the main track. Back in my day I had a KX 500 that was a rocket ship and it’d rip your arms out of the damn sockets. Shit that’s a real man’s bike, I doubt the riders today could handle a 500 2-stroke. I’d buy one today if they made one, but I guess I’ll settle for this 4-stroke since I can’t buy the power I really need”. It doesn’t matter if you know this guy or you are this guy, the bottom line is that more than likely the moto memories you have of racing resembles a Toby Keith song; “you aren’t as good as you once was”. I’m just as guilty as anyone when it comes to remembering a better image of my racing self than probably ever existed, but once I learned the secret I’m about to let you in on, it made me feel like I was almost as good as I (thought) I once was.

Once I was done racing (off-road) I got more into testing with Kris, whether it be off-road or moto I was open to riding anything. It didn’t take long before I realized that although I love going fast on the latest 450, I would always find myself holding on for dear life after the first few laps. I kept chalking it up to not being in as good of shape, maybe the track prep was bad, or whatever other excuse I could come up with that day to make myself feel better about my lack luster performance. It all came to a head at a local desert race that I raced on a 450. I figured how fast could the vet class be, I’d just ride the fast bike at a slower pace where I felt comfortable. I quickly found that at all of us that ride are wired similar! 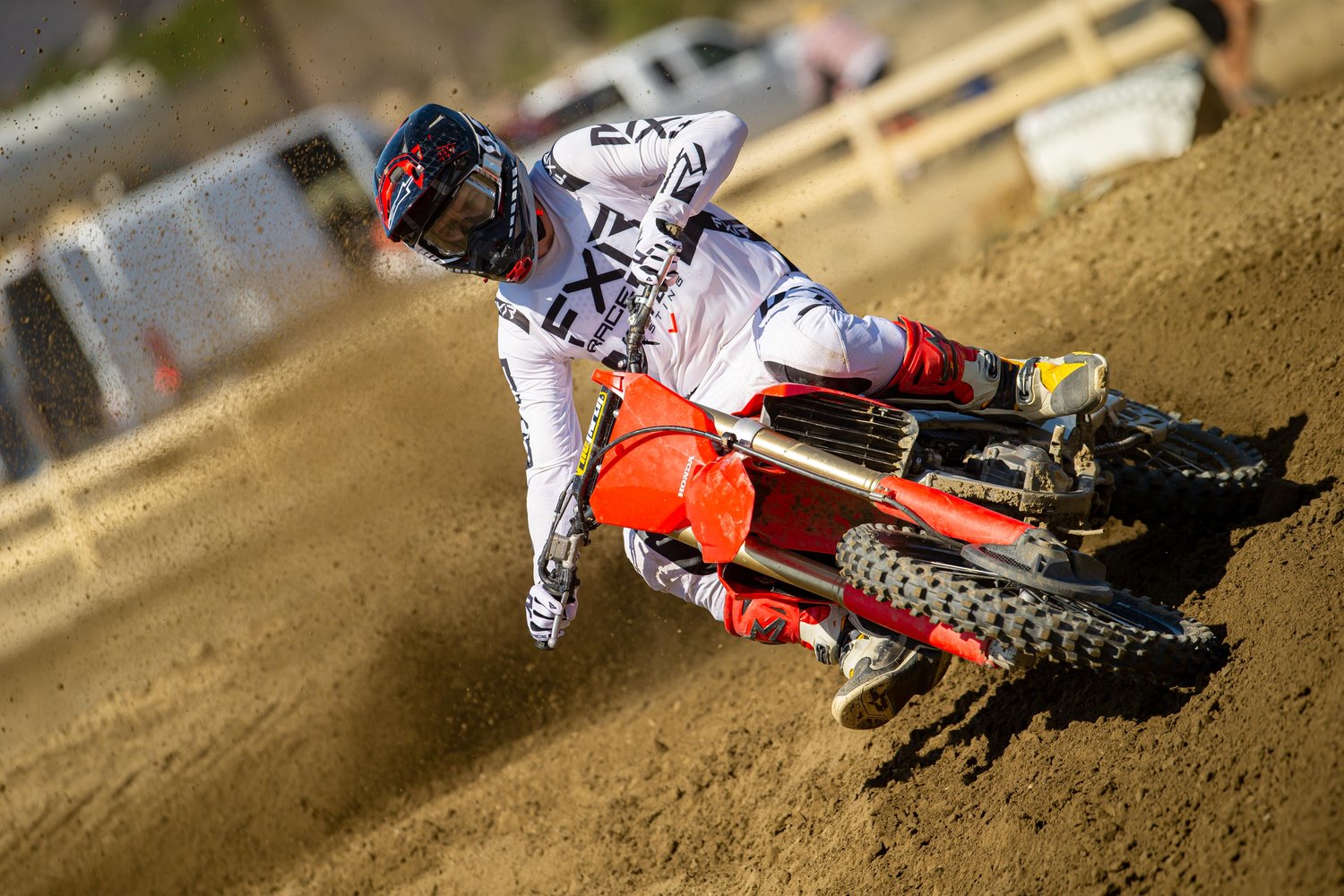 No matter if your five or fifty-five, if there is someone next to you holding the throttle wide open, your inner racer will beg you to keep your wrist twisted just a little longer than the guy next to you. We have all done it, the only difference is that this time it bit me at about 70mph as I sent myself cartwheeling across the desert disappearing into a cloud of dust and bike parts. One vomiting concussion, a broken collarbone, and a bruised ego later I realized that inner racer got the best of me.

Once I healed up, I was itching to swing my leg back over a bike and once again prove to myself that I still had it; the only problem was that the first bike I was loaned to test was a YZ 125. I remember being grateful for having the opportunity to test, but at the same time thinking “why the hell am I testing a kids bike at 30 years old?” I squeezed into my size 32 gear (which was a little tight after sitting on the couch) swatted the toothpick sized kick start and headed over to the vet track for some warm up laps. After dusting off the cobwebs I started picking up the pace and that’s when it happened. I’ve always been told to listen to what your body is telling you and after a few more laps my old body could no longer be ignored. A sharp sensation hit me like a slap in the face, in fact it was a sensation that was not only felt on my face, it could be seen, so I went back to the truck to have a buddy give it a second look. When I pulled my helmet off at the truck a friend looked over at me and confirmed what I had been feeling, “what the hell are you so happy about?” The ear to ear grin on my face was reminiscent of Malcolm Smith in the closing credits of on any Sunday and that’s when it occurred to me. I hadn’t had that much fun on a dirt bike in years. Throughout that day I had probably rode more laps than I would in a week on a 450. 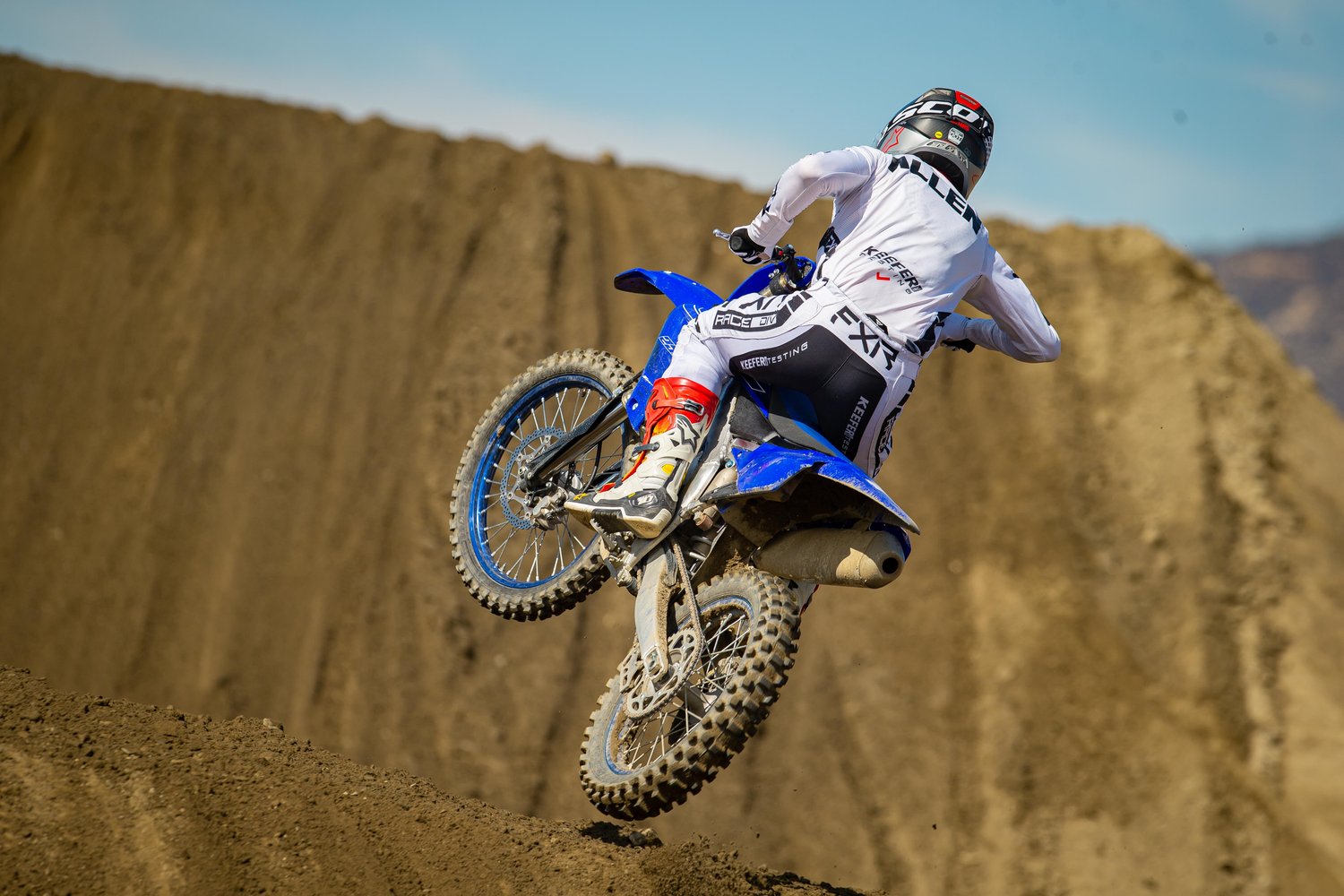 The reason for writing this isn’t to tell you that 450’s are worthless and nobody should buy one. In fact 450s are great for certain riders and scenarios, but I want you to be able to take a step back and objectively choose a bike that’s right for you, the type of rider you are and the type of riding you do. Every year I go to the Dubya USA vet nationals and see far too many older or unexperienced riders lining up with 50+ horsepower 450’s getting ready to roll the dice at 50 MPH going into Talladega. I say roll the dice because it’s not uncommon to see a crash just off the starting gate; like when Matthes got T-Boned damn near before the gate was even done falling. While it may sound cool to tell the cashier girl at the local bike shop that you ride a big bad 450, trust me, she’s about as likely to go home with you as you are to take Roczen’s place at Honda next year.

Obviously, everyone’s ability and preferences are different, but I think the average vet rider would be surprised at how much fun a 250f is on a motocross track. A lot of older riders haven’t even ridden a 250f since they ran their oil through the frame. I think the older crowd thinks of finicky carburetors, power that was comparable to 125s and bikes that are meant for kids transitioning to 450s. Unless you’re over 220lb, a 250f would not only have plenty of power for you on a motocross track, but you’d be amazed at how much longer you can ride when your shoulders aren’t being pulled out of their sockets and your forearms aren’t as hard as taking that little blue pill you may now need. In my opinion the perfect bike for a vet rider is the Yamaha YZ250F because out of the box it’s easy to ride, has the most user friendly low/mid power and a great fork for a broad range of riders. I’m not saying that the YZ250F is the only bike a vet rider should choose, it’s just that in my eyes it’s a quarter liter four stroke that is best suited for a vet rider. Maybe if you’re a little heavier, think about a YZ250, KTM 250SX or even a KTM/FC 350. Orrrrrr if you’re a little lighter and like revving, think about a KTM 150SX or YZ125. All I ask is that you do some research about what bike may be a good fit for you besides a 450. Again, I want to reiterate this by saying that 450cc+ bikes have their place in the vet rider world, just not in mine currently. If you’re going to get a dual sport or ride off-road in the desert, get a 450 if that’s what you’re in the market for. That being said, in most cases trust me, you’ll have more fun, be able to hold on tighter and ride longer on a smaller bike. Let your buddies talk all the smack they want because when you’re halfway through a moto and they’re pumped up like something fierce, you’ll cross the finish line with a smile looking forward to the second moto.