Keefer graciously has allowed me to test out the 2021 Husqvarna FC250 over the last couple months. I’m no expert rider, nor expert tester, but it has been fun trying to decipher more about the machine than just hopping on it and going. This is by far the newest bike I’ve ever really spent some time with as I own a 2002 Honda CR250 and haven’t personally owned a newer bike than my long-time companion that was the glorious 2006 Honda CR450F. Until this year even, I’d never spun any laps on a fuel injected machine. So, I’ve really tried to dig a much deeper hole in my brain to accelerate my learning of this much newer machinery.

Having filmed with Keefer on Racer X Films a lot this year, I’ve had the pleasure of riding the 2021 Kawasaki and KTM 250s along with this Husky. Right away, I felt much more connected with the Husqvarna. Both the Kawasaki and KTM had that snappy feeling you often experience on a 250F because you need to ride them harder than a 450 to get that true meat of the power down to the ground. The Husqvarna doesn’t have that same feeling to me. While it definitely works great when I ride it hard for the five corners that I can manage to go that speed, it feels easy to cruise a gear high and coast your corners as well. 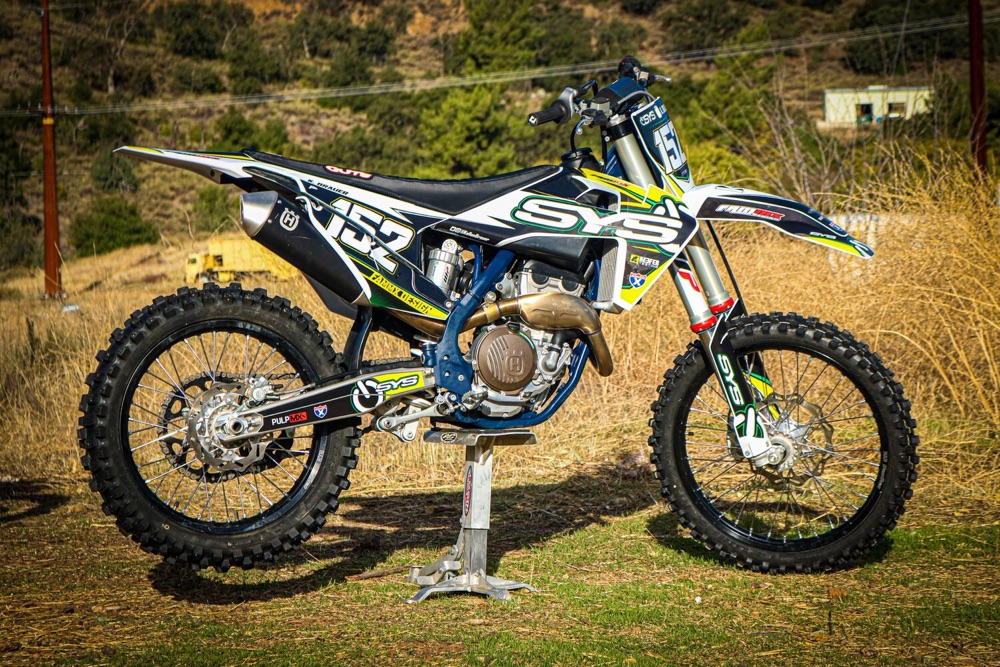 I’ve put in just over seven hours on the bike and wanted to leave it about as stock as I can initially. I’m just at 6-feet and a hair over 150 lbs. so my style did take a little while to adjust to that lower ride height. I went down to 10.2 Bar on the pressure in the fork and two clicks softer on high speed on the shock (with a 102mm of sag) and it actually feels like I don’t need to do much more for the speed I go. What I initially struggled with was low speed chatter in the front end and I couldn’t find the middle ground where I didn’t blow through the whole stroke on high-speed landings. So, I went softer on the fork clickers first, but then went back to stock, then just tried to adjust the pressure and it feels like I’ve solved that issue so far. Big bumps and hard landings are no trouble and that tight/harsh feeling that I felt on small chatter is now gone.

Though the ride time has been short, I’ve put the bike through its paces. I raced it at Cahuilla, rode it at Pala, tried it out on an abandoned track called Amago and even went on long off-road rides in Ocotillo. The power delivery this bike offers handled every change in terrain I’ve thrown at it beautifully. Sure, a fifth gear sand wash in Ocotillo requires a bit more attacking than cruising through the silt on a 450, but that’s about it. Tight trails, sharp 180s on a track, sand whoops, long doubles, the power from bottom end to top end seems to have no problems adapting on how I choose to ride it. It honestly feels a little bit like riding a 350 when I ride this bike, with the only thing that brings me back down to the 250 reality is how quickly you run through the gears on occasion.

A few quirky things I have struggled with are the need to take the whole muffler off to get to one bolt when you remove the lower right rear side panel, and the headpipe sticks out just a touch too far apparently. With the trail riding I’ve been doing, I’ve needed to plant my foot in weird spots or actually step off the right side of the bike to swing it around a couple of times. I’ve now burnt my pants at the knee three separate times on the header while doing this. The expletives have been aplenty.

The next steps I have planned are likely to go to a taller bar as the stock one is just a bit to low for me. I adjusted the angle of it as I tend to ride over the front of the bike a bit more, but that only seemed to pull my shoulders forward and not actually help me with maneuverability. I’m definitely also getting a carbon fiber headpipe guard, but that’s really just because I need to protect me from myself apparently. I really don’t want to finick too much with the power as I love it currently, but I’ve thought about maybe going up a tooth on the sprocket to just widen that range a bit more. I also think I’m not done with adjusting suspension even though I’m happy with the current setting, so maybe just having them valved to my weight and speed will do the trick.

Either way, I’ve been pleasantly surprised with the feel of the bike so far. I loved it the second I hopped on it and I still love it now. Thinking back to the last time I had a 250F in 2010, I remember loving the bike, but feeling frustrated with how hard you had to ride it at times. I haven’t felt that once with the Husqvarna. Working a desk job for Racer X and running my own business on the side, I don’t always have an abundance of time to hit the tracks, so having a 250F like this one that doesn’t pull my arms out of socket, yet still easy to be lazy on like a 450, is perhaps the perfect balance for me. I’m definitely looking forward to continuing dialing in the bike to my liking more and more. Stay tuned too Keeferinctesting.com and Racerxonline.com for more updates on the 2021 FC250.