Let’s be honest, as riders we have all probably uttered these words to a suspension tuner, “I want it plush, but stiff”. I would imagine that every suspension guy has heard that phrase and grits his teeth every time he hears it. That is where Kreft comes in with their revolutionary design of being able to “revalve” the fork with just the turn of a dial instead of taking the fork apart and actually putting different shims in the fork itself. Admittedly when it comes to the internals of how a fork works I am no specialist, but when Matt from Kreft broke it down and explained it to me in dumb dirt bike rider terms, it was very interesting and made a lot of sense. 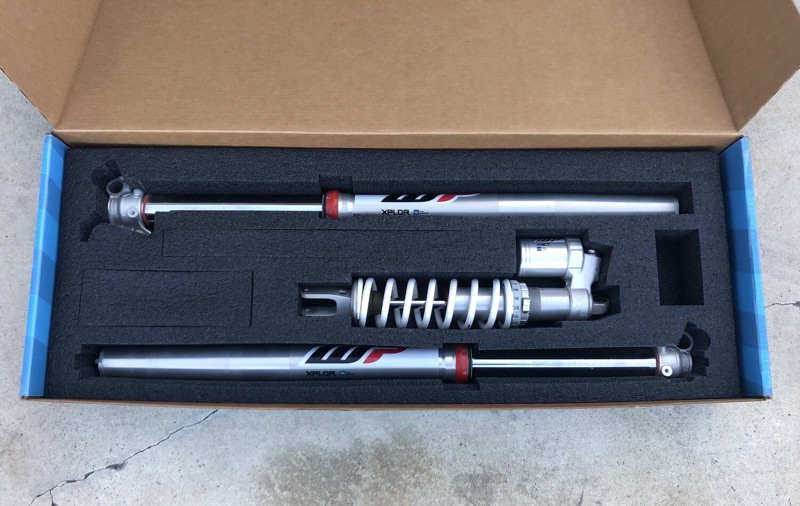 I have worked with many suspension companies over the years and for the most part they work the same in terms of pick up and drop off. This is the first thing that stood out to me when I started working with Kreft: The first step of the process is an initial phone consultation where you actually build somewhat of a relationship with the representative. You go over the basics, like what bike you’re riding and your measurements, but you also get into what you want to feel out on the trail. Along with that you get a crash course on what makes Kreft different and how their system works. From there they send you an empty box with prefect (I really mean perfect) cutouts for your specific fork and shock. They are so detail oriented they even send you bleeder screws, so just in case you have button bleeders they can be replaced so that your forks don’t leak and ruin the box in transit. The professionalism is second to none while still being personable as well as very helpful and explanatory.

Aside from the obvious spring rate change and re-valve, the fork gets Kreft’s “Re-valve Control”. The way it was explained to me was that on a standard fork the shim stack nut is tightened down on the top of the shims and in that case, the valving is whatever the tuner’s spec is. The valving itself cannot be changed without fully dissembling the fork and changing the actual shims. The only adjustability on a standard fork is compression and rebound clickers. What Kreft does is use a spring that can have more or less pressure put on it with the adjustment of the re-valve Control knob on top of the left fork. What that spring pressure does is put more or less pressure on the shim stack itself. This gives the rider the ability to make “valving changes” on the fly to adapt to a wide range of terrain and disciplines of off-road riding. With the Kreft fork you now have the standard compression and rebound clickers as well as the re-valve control. In doing all these changes Kreft has also changed the damping forces in the left and right fork tubes. The XPlor fork has unbalanced forces in stock form, making the left tube do the majority of the work. What this does is give the left fork more of a chance of having oil cavitation, resulting in poor damping performance. The final thing that was done to the forks was the Microfinish which is said to work better than DLC coating (and is far cheaper) to reduce friction creating less drag and seal stiction than the stock finish.